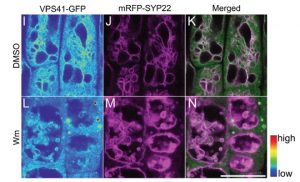 The plant vacuole makes up to 90% of the cell volume and its dynamics are important for regulating growth, development and stomatal movement. Membrane fusion between the vacuole and the smaller vesicles is at the heart of central vacuole establishment. Homotypic fusion and vacuole protein sorting (HOPS) tethering complex was previously shown to mediate vacuolar fusion in yeast and plants, but the components of HOPS are not well characterized in plants, although its importance in embryogenesis and pollen tube growth is known. Brillada et al. identified plant HOPS (VPS33 and VPS41) and examined their function in plants. Both proteins localized in the late endosomal compartments, but only VPS41 was detected at the tonoplast membrane. In contrast to yeast, the plant HOPS recruitment to liposomes is inhibited by phosphoinositides. Both VPS33 and VPS41 interacted with each other and the vacuolar SNARE SYP22 and relied on this interaction for the correct localization. Silencing of the VPS33 and VPS41 led to fragmented vacuoles, underscoring the role of HOPS in lytic vacuole fusion. (Summary by Magdalena Julkowska) Proc. Natl. Acad. Sci. USA 10.1073/pnas.1807763115 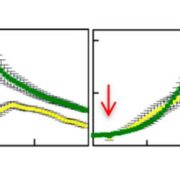 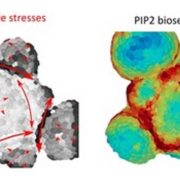 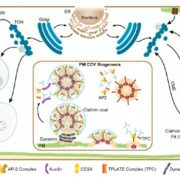 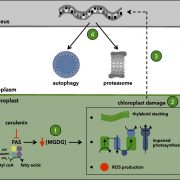 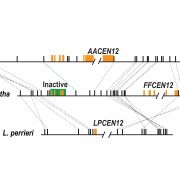 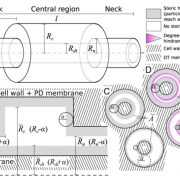