The current epidemics of obesity and type 2 diabetes have led to considerable interest in the commercial development of non-sugar sweeteners to reduce calorie intake. Trilobatin. a plant-based sweetener that is ~100X sweeter than Suc, is found at high concentrations in the leaves of a range of crabapple (Malus) species, but not in domesticated apple (Malus X domestica) leaves, which contain trilobatin’s bitter isomer phloridzin. Wang et al.  (10.1104/pp.20.00807) used variations in trilobatin content in a segregating population developed from a cross between domesticated apples and crabapples to map the chromosomal locus of Trilobatin. Based on  differential gene expression analysis and enzyme activity in samples high in trilobatin but low in phloridzin,  Phloretin glycosyltransferase2 (PGT2) was identified as a major player in trilobatin biosynthesis. Markers developed for PGT2 co-segregated strictly with the Trilobatin locus. Biochemical analysis revealed that PGT2 efficiently catalyzes 4’-O-glycosylation of phloretin to trilobatin. The transient expression of chalcone synthase, and PGT2 genes reconstituted the apple pathway for trilobatin production in Nicotiana benthamiana. Transgenic M. X domestica plants overexpressing PGT2 produced high concentrations of trilobatin in young leaves. Transgenic plants were phenotypically normal, and no differences in disease susceptibility were observed compared to wild-type plants grown under simulated field conditions. Sensory analysis indicated that apple leaf teas from PGT2 transgenics were readily discriminated from control leaf teas and were perceived to be sweeter. The identification of PGT2 allows marker-aided selection to be developed to breed apples containing trilobatin, and for high amounts of this natural low-calorie sweetener to be produced via biopharming. 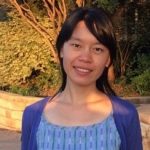 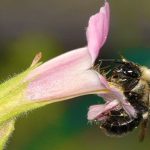