Stems of land plants provide mechanical support and long-distance transport of water and carbohydrates. Although it has long been recognized that plant stems can also store water, it remains uncertain what role stem water plays in mitigating drought stress and maintaining whole plant function (Holbrook 1995). In order to maintain efficient water transport to leaf mesophyll tissues (and sites of growth, evaporation, and photosynthesis) and ensure survival, plants must avoid low water potentials in the xylem that induce air blockages and tissue desiccation. While most of the water required is thought to be extracted from the soil, the release of water from storage compartments in stems to the transpiration stream might be an important functional mechanism that buffers fluctuations in water potential (Lo Gullo and Salleo 1992).

To understand the role of stem water in maintaining plant water balance it is important to establish how this water is distributed between different tissues (i.e. spatially), as the amount of stored water and its ability to be released (per change in water potential) changes with tissue type. Living tissue (e.g. ray parenchyma, phloem and vascular cambium) may stretch or contract elastically to allow water to flow in or out, while the release of water from dead or highly lignified cells (e.g. wood fibres, xylem vessels and tracheids) is governed by capillary mechanisms and/or cavitation (Jupa et al 2016; Tyree and Yang 1990). Further, to elucidate the role that stored water plays a role in plant function and survival, the timing of the release of water from different tissues needs to be examined within the context of whole plant function. The release of water from tissues can be determined temporally and in relation to a known operating range of plant water potential (referred to as “moisture release curves”).

Previous studies have used moisture release curves from excised stems to show that there are typically three distinct phases to the release of stored stem water: phase I is thought to involve capillary release of water from xylem vessels and intercellular spaces (at high water potentials); phase II involves the elastic release of water from living tissues coupled with capillary release; while phase III is dominated by the release of water from xylem vessels during cavitation (at moderate to low water potentials) (Tyree and Yang 1990). These curves have suggested that substantial capillary water is released at water potentials > −0.6 MPa, limiting its role in mitigating embolism and drought stress (Tyree and Yang 1990). Previous studies have also suggested that the water released during elastic and cavitation discharge may be more significant for plant function (Lo Gullo and Salleo 1992), as this tends to take place over water potential ranges where the plants are drought stressed. 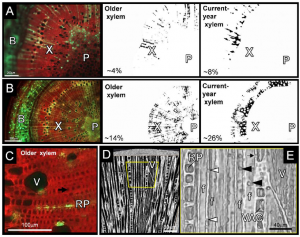 In this issue of Plant Physiology, Knipfer et al. examine the spatio-temporal dynamics of stem water release in Castanea dentata. They used X-ray computed microtomography (microCT) to scan intact plants as well as excised stems as they dried down. Knipfer et al coupled these image data with knowledge of the water status of the sample stems to create moisture release curves and used fluorescence light microscopy data to identify living and dead tissues and determine whether discharge was elastic versus capillary. Their results indicate that most of the water stored in the xylem matrix of intact saplings is released at low water potentials (< −1 MPa) and occurs simultaneously with stem shrinkage and the appearance of xylem embolism. On the other hand, they observed no discharge of stored stem water prior to vessel cavitation in intact saplings. In excised stems, high applied pressures (>> 0 MPa) were required to release stored water from xylem matrix, while the release of water at low pressures (< 0.2 MPa) were associated only with emptying of open-ended vessels.

By elucidating the spatio-temporal dynamics of water storage in stems, Knipfer et al. address a fundamental component of plant physiological function under drought stress and provide new insight into a long-standing question in plant physiology (Tyree and Yang 1990). Taken together, the results of Knipfer et al conclusively show that water stored in dead tissue (i.e. the xylem matrix) can contribute to overall storage but it is not used to avoid xylem embolism or to provide water to the transpiration stream, as very little capillary water is released prior to stomatal closure (which occurs above −1MPa). The findings of Knipfer et al further indicate that water released by cavitation may make an important contribution to the survival of trees during drought events by protecting cambial viability.

An intriguing insight obtained from the unique combination of tissue staining and microCT image analysis is that vessel-associated paratracheal parenchyma cells may form symplastic barriers to the movement of water between the xylem matrix and vessel lumen, opening the possibly that water movement within these otherwise dead tissues may be governed by elastic rather than capillary mechanisms. When this possibility is considered in combination with suggested functional links between inner bark and xylem via radial ray parenchyma (Pfautsch et al 2015), it suggests that future studies should further explore the implications of different combinations of living and dead tissues for stem and whole plant functionality.

How to pack chromatin in nuclear space? A plant-specific chromatin regulator... 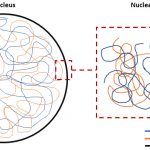 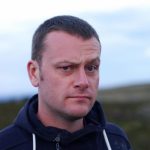