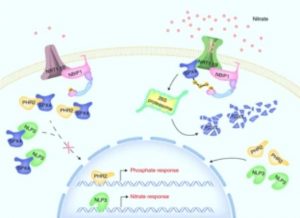 Plants need several mineral nutrients for their optimal growth and development. This is contingent on a proper nutrient balance particularly between the two most required essential elements, nitrogen (N) and phosphorus. Even though considerable success has been achieved in understanding the molecular mechanism mediating individual N and P signaling, the direct cross talk between N and P remain unknown. Hu and colleagues investigated the signaling network regulating the interaction between N and P in rice. Previously, NRT1.1B was shown to be a transceptor, sensing nitrate signal and activating downstream responses. Here, the authors show that nitrate activation of phosphate signaling is dependent on NRT1.1B. SPX4 is a repressor preventing the nuclear localization of PHR2 the master regulator of phosphate signaling in rice. Hu et al. showed that protein accumulation of SPX4 was decreased by nitrate induction of phosphate signaling via degradation by ubiquitination and there was a shift in PHR2 localization from the cytosol to the nucleus. This observation was further supported by gene expression analysis where nitrate-induced phosphate signaling was repressed by overexpression of SPX4 and phr2 mutant. The authors also showed that NPL3 the central regulator of nitrate signaling is also controlled by SPX4, indicating that NRT1.1B-SPX4 signaling cascade coordinates both nitrate and phosphate signaling. (Summary by Toluwase Olukayode) Nature Plants 10.1038/s41477-019-0384-1 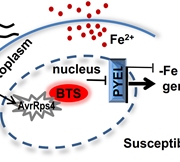 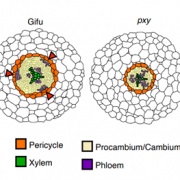 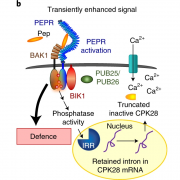 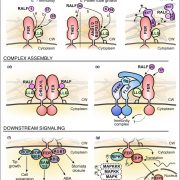 Alternative usage of miRNA-biogenesis co-factors in plants at low temperatures... 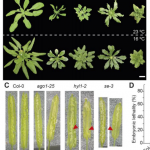 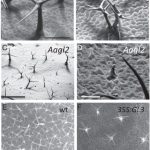 Genetic and Molecular analysis of trichome development in Arabis alpina $ (...
Scroll to top