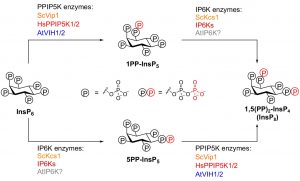 Phosphorus (P) is an essential macronutrient for plant growth and development. P is predominantly absorbed by plants in its inorganic form, phosphate (Pi). Because Pi homeostasis is critical for balanced growth and development, plants like many other eukaryotic organisms have developed a complex system that enables them to sense, uptake, transport, store and redistribute Pi. Some of the proteins mediating these functions have been previously shown to contain the SPX (SYG1/Pho81/XPR1) domain. This domain acts as a cellular receptor for the perception of pyrophosphate (PP-InsP). Further evidence has also shown that changes in the levels of PP-InsP regulate Pi homeostasis. Although the biosynthesis of PP-InsP is well understood in yeast and mammals, its biosynthesis and whether it truly regulates Pi homeostasis in plants is less clear. To fill this gap, Zhu et al. characterized mutants of two proteins (VIH1/VIH2) that are orthologous to one of the key enzymes in this pathway. vih1/vih2 double mutants showed severe growth phenotypes and defective Pi homeostasis. Genetic analysis also showed that the proteins function redundantly. Genetic interaction between VIH1/VIH2 and the phosphate signaling master regulators PHR1 and PHL1 showed that VIH1/VIH2 are part of the plant Pi starvation response pathway. It is also interesting to note that neither transcription nor protein abundance of VIH1/VIH2 is regulated by Pi regimes but that the control is through the enzymatic activity of their kinase domains. Taken together, this work demonstrated that VIH1/VIH2 are an integral part of the PP-InsP biosynthesis pathway regulating Pi homeostasis and Pi starvation response through their SPX domain receptors.  (Summary by Toluwase Olukayode) eLIFE  10.7554/eLife.43582 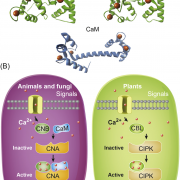 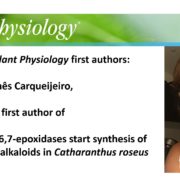 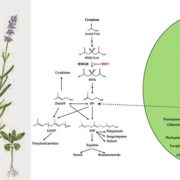 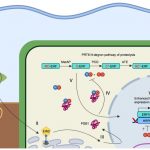 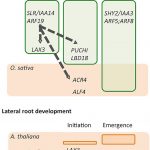 Genome sequence of Striga asiatica provides insight into the evolution of plant...
Scroll to top