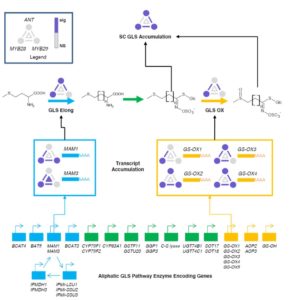 Plant Cell.  Li et al. studied epistatic (non-additive) interactions amongst the network of transcription factors controlling aliphatic glucosinolate biosynthetic pathways, which are well-described and have diverse roles in plant defense. Specifically, the authors measured metabolite levels and transcript abundance in combinations of double mutnats of 20 transcription factors involved in glucosinolate production. They found that epistatic interactions were common in this network, and that some of the genes with the smallest effect as single mutants showed the greatest epistatic effects. They also found that the observed epistatic effects differed between different tissues and when the output being measured was transcript or metabolite.  (Summary by Mary Williams). Plant Cell 10.1105/tpc.17.00805 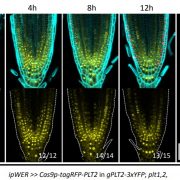 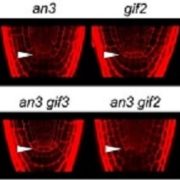 Where do all the ecologists go? An investigation of US Doctorate recipients...
Scroll to top