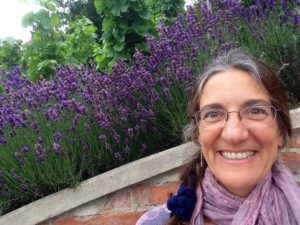 Nan completed her PhD in the Plant Physiology program at Penn State University in 1993. She carried out postdoctoral research in photosynthesis, focusing on Rubisco and Rubisco activase, with William Ogren and Archie Portis at the University of Illinois from 1993-1995, followed by brief postdoctoral appointments at Penn State (1996) and Oxford University in the UK (1997). She returned to Penn State as a research associate and was a co-principal investigator on one of the first NSF Plant Genome awards (Tools for Plant Functional Genomics) with PI Nina Federoff from 1998-2000. She worked on developing microarray technology at Penn State and carried out experiments and large-scale data analysis on transcriptomics of plant response to biotic and abiotic stress. She took the position of News and Reviews Editor at the Plant Cell in 2000, and has been Senior Features Editor since 2009, and Senior Editor for the Large-Scale Biology section since its inception in 2011.