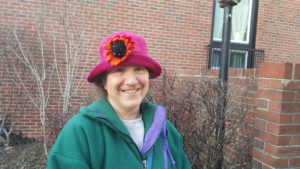 Jean Greenberg is a Professor in the Molecular Genetics and Cell Biology Dept. University of Chicago, Committee on Genetics, Genomics and Systems Biology, and Committee on Microbiology. Her work examines both sides of the plant-pathogen interaction, including pioneering studies on cell death and disease resistance in plants, systemic signaling and on the roles of Type III secretion and effectors in disease caused by Pseudomonas syringae and other pathogens. At present, the Greenberg lab has extended these studies to define the roles of key defense metabolites and proteins, such as azelaic acid and AZI1 involved in defense priming. Additional new work examines how secreted effectors help P. syringae colonize a unique niche, the leaf surface, and how effectors post-translationally modify host defense proteins to cause disease.