By Ramona Schubert and Bettina Hause

Background: The survival of most plant species depends on proper flower development, successful fertilization, fruit and seed set to obtain the next generation. These processes demand specific co-ordination between the different flower parts, which is partly regulated by plant hormones like jasmonate (JA), auxin and gibberellins (GA). JA plays an important role since mutants unable to detect the hormone (insensitive) are sterile. There are, however, differences between plant species referring to the strongest defects in male (stamen) or female (carpel) flower parts: The JA-insensitive mutant of the model plant Arabidopsis thaliana (mouse-ear cress) is strongly impaired in stamen development, where among others the transcription factor MYB21 plays a regulatory role. In contrast, the JA-insensitive tomato mutant is defective in carpel development and does not produce seeds.

Question: Although much is known about the JA-mediated role of MYB21 in stamen development of Arabidopsis, differences in the JA function in flower development between plant species are hardly understood and should be investigated here using tomato as a model crop plant.

Findings: We found that MYB21 is a key regulator in tomato flower development. In contrast to Arabidopsis, the main function is the regulation of the timing of the different flower parts with a special emphasis on carpel development. myb21 mutants showed defects in flower opening and do not set seeds. Comparing the total gene expression in carpels of the JA-insensitive mutant, myb21 and wild type flowers, we revealed a JA-dependent function of MYB21 in regulating expression of genes related to cell expansion and division as well as auxin signalling and GA-biosynthesis. Tomato MYB21 also regulated JA biosynthesis in a positive way. We concluded that MYB21 is involved into the regulation of JA, auxin and GA-homeostasis within the carpel to couple fertilization and fruit initiation processes.

Next steps: Follow-up work needs to be done in specifying the interplay between JA and other hormones in tomato flower development. Other open questions regard the genes, which are regulated by MYB21, and the interaction of MYB21 with other transcription factors. 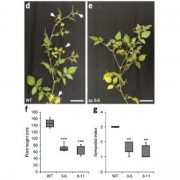 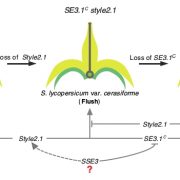 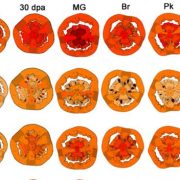 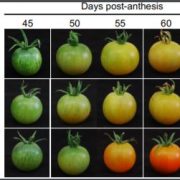 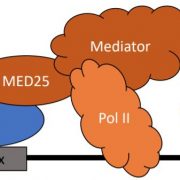 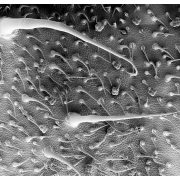 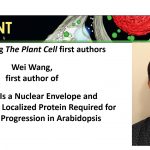 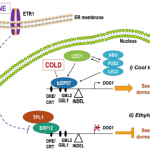