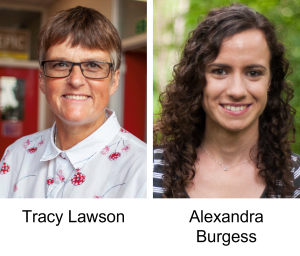 Tracy Lawson is a Professor of Plant Physiology in the Plant Productivity group and Director of Plant Phenotyping at the University of Essex (UK). She obtained her first degree in applied biology from Liverpool John Moores University (UK) and PhD from the University of Dundee (UK). Following postdoc positions in Dundee and Nottingham (UK), Tracy moved to Essex in 1999 as a Senior Research Officer and, following a short visiting fellowship at Australian National University, Australia, obtained a permanent research position at Essex. She was made full Professor in 2016.

Her research focusses on the stomatal control of atmospheric gas entry into the leaf, associated water loss, and the dynamic impacts on photosynthesis. Her work also concentrates on phenotyping, and as such was the first laboratory to develop an imaging system for screening plant water use efficiency (McAusland et al., 2013).

Tracy has been an editor for Plant Physiology since January 2019.

Tracy grew up on a mixed farm in the Northeast of England. At a young age, she grew interested in plants, fueled by the gift of a cold frame at age 10 and a greenhouse as a teenager. Eventually, she turned a portion of her parents’ garden into a vegetable and flower bed and still has an allotment to this day. At school, she was particularly interested in biology and enjoyed any mention of plants (though limited!) and as such, commenced an undergraduate in applied biology at Liverpool John Moores University. It was during this time Tracy first became interested in pursuing a career in research, with the practical aspects of the degree program of particular interest. Tracy then undertook a year in industry, based at Schering Agrochemicals in Saffron Walden, Cambridge, where she worked at the company’s UK field station carrying out trials on a range of crops. Combined with her undergraduate research project, a future in research was forged.

Stomata: The Gatekeepers of the Plant

A fascination with micrographs of leaves taken during her undergraduate field course first introduced Tracy to stomata—a research focus that was cemented during her PhD at the University of Dundee on “Heterogeneity in stomatal characteristics.” From that point, Tracy’s research sphere has expanded to all aspects of how to improve photosynthesis, water use efficiency, and plant resistance to stress. This is particularly important where the impacts of climate change necessitate improved ideotypes and adaptations to different environments to maintain and improve food production.

Throughout her productive career (so far!), Tracy has made many important discoveries and milestone publications with her first dating back to 1996. This author has particularly benefited from Tracy’s publications on chlorophyll fluorescence best practice (Murchie and Lawson, 2013), stomatal characteristics (Lawson and Blatt, 2014), and dynamic photosynthesis (Matthews et al., 2018; Murchie et al., 2018; Vialet-Chabrand et al., 2017). Other contributions include the development of phenotypic equipment and procedures (McAusland et al., 2013, 2019, 2013) and a catalog of works on stomatal behavior and characteristics (Lawson et al., 2002; McAusland et al., 2016; Mcelwain et al., 2016).

Tracy is motivated through a passion for her career, with a diverse workplan and opportunities to learn new methods, make new discoveries, and interact with people globally. However, Tracy hasn’t reached this point in her career without guidance and support from a number of role models including her PhD supervisor, Jonathan Weyers; postdoctoral supervisors including the late Colin Black (Nottingham), Neil Baker and James Morison (Essex); and international collaborators including Mike Blatt, Susanne von Caemmerer, Howard Griffiths, Steve Long, and Jenny McElwain, to name a few. Particularly influential to Tracy is Christine Raines, a fellow Professor of Essex, who has guided Tracy over the last 20 years. These interactions and contact have helped shape Tracy’s career and provide the groundings to support her own laboratory members through their first scientific publications and experiences, establishing the next generation of plant researchers.

The future is uncertain and forever changing, and researchers will play a significant role in addressing current and future challenges. To Tracy, these challenges include the production of plants with a greater yield and increased resistance or ability to cope with the predicted changes in climate. She sees this as a challenge requiring a range of different approaches and a host of different expertise, for which this author is sure that Tracy will be an integral player!

For Tracy, future research areas of interest include understanding the mechanisms underlying stomatal dynamics and behavior plus the links between stomatal conductance and photosynthesis, as well as the role of the guard cell chloroplast. Tracy hopes that through this work she, and others, will be able to identify novel targets for improving photosynthesis and intrinsic water use efficiency.

“Don’t give up!” Tracy’s Advice for Early Career Researchers

Tracy’s main recommendation for those hoping for a career in research is to not give up, and perseverance is key. In addition to this, try to travel to conferences and meetings as much as possible to meet your peers and other researchers in the field. Not only are these meetings inspiriting, “collaborations are really important,” says Tracy. For some, a research career may also include teaching, and for this Tracy recommends taking note of the good and the bad; it’s just as much learning what not to do as what to do! Also, difficult concepts can be hard for students to grasp, so it is important to try to explain things in different ways or in a different context.

Alexandra Burgess completed her PhD at the University of Nottingham, UK in 2016 under the supervision Professor Erik Murchie. She then moved to Queen Mary University of London to complete a post doc applying biochemical and biophysical approached to study the photosynthetic membrane under supervision of Professor Alexander Ruban, before moving back to Nottingham for a post doc looking at wind movement through crop canopies. She is now a Leverhulme Early Career Fellow at the University of Nottingham. Alex uses a combination of plant physiology, image analysis, 3D reconstruction and mathematical modelling to explore canopy architecture, light patterning and dynamic photosynthesis in crops. She is also interested in alternative cropping practices including agroforestry and intercropping. She is a Plant Physiology Assistant Features Editor for the 2022-2023 period. 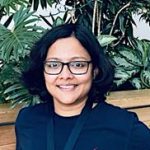 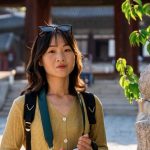