Journalists in Ghana have visited the country’s first genetically modified crop under confined field trial. The journalists, numbering about forty, from different parts of the country, got educated on the technology used to develop the pod-borer resistant (PBR) cowpea, and, its potential benefits to farmers, consumers, and the economy.

The pod-borer resistant cowpea has been engineered by scientists of the Savanna Agricultural Institute (SARI) to resist the pod-borer insect which causes huge economic losses to farmers.

The insect is responsible for nearly 80% loss of cowpea yield, on farmers’ fields.

Most farmers, in order to control the insect, resort to the excess use of pesticides, which affect both their health and their income in the long run.

During the demonstration of the PBR cowpea, the scientists behind the technology explained that the genetically modified cowpea has no difference in look, biochemical composition or taste, when compared with conventional cowpea. According to them, nothing has changed from its make-up, aside it being modified with the Cry1 Ab gene to resist attack by the pod-borer insect.

The journalists were made to observe two different fields of cowpea plants and tell which they thought were genetically modified or conventional. They were also asked to differentiate between two groups of healthy-looking cowpea seeds.

Although they were able to differentiate between the fields due to a loss of flowers on the conventional plants, the seeds remained difficult to differentiate. The scientists then had to perform a test to check for the presence or absence of the Cry 1Ab gene in both groups of seeds before the journalists were able to tell the difference.

The journalists expressed their gratitude to the organizers of the demonstration, Alliance for Science.

They also spoke on their experience. Alhassan Abdulrazak of Yagbon Radio in Bolgatanga, said the program has been very useful and an eye opener for him.

“I wish there will be a continued engagement with the media as time goes on. I do a lot of agricultural programmes from January to December each year, and I was thinking I understood what I was doing very well, but coming here has made me realize that there’s a lot I need to learn,” he said.

Martina Bugri, a reporter for Joy News in the Northern region of Ghana, advocated the inclusion of more journalists in such demonstrations.

“I must say that it’s a good thing. I seek that more journalists be offered such an opportunity to get to understand these processes because it makes it easier for people to get educated when the journalist is knowledgeable in some of these things,” she noted.

Abubakar Wangara who reports for TV3 in the Upper West Region of the country, also added that it’s high time the government put in resources and sensitize farmers further, to enlighten them more on scientific innovations, and also, to clear the prevailing myths, misconceptions, and controversies to ensure productive farming.

The organisers of the demonstration said they were happy to create such an impact in the media space, and assured the participants that there will be more of such programs to educate more people, both in the media and public space.

Dennis Baffour-Awuah is a science communication enthusiast who has many years of experience practicing broadcast journalism in Ghana and a 2023 Plantae Fellow. He has finished his studies in Mphil. Nuclear Agriculture where he majored in Mutation Breeding and Plant Biotechnology from the University of Ghana. You can find him on Twitter at @dennisgameplay. 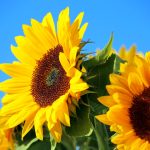 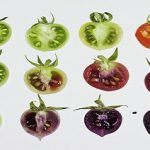