Background: Vesicles that form on the endoplasmic reticulum (ER) and are bound for the Golgi apparatus are coated in a complex of proteins known as Coat Protein Complex II (COPII). COPII proteins are highly conserved throughout eukaryotes. Metazoans have few genes encoding each COPII component. By contrast, plants have expanded these gene families. It is unclear if these gene expansions underly increased functional diversification required to pattern and build plant cells.

Question: We wanted to know if the COPII Sec23 and Sec24 genes, whose protein products form a dimer and are responsible for cargo sorting as well as recruiting additional coat proteins, have specific contributions to cell growth and patterning.

Findings: Using gene silencing in the model moss species Physcomitrium patens, we discovered that individual Sec23 and Sec24 genes differentially affect cell growth, with Sec23D/E and Sec24C/D critical for the development of the tip-growing filamentous tissues in P. patens. Focusing on Sec23, we analyzed the localization of the three most highly expressed Sec23 proteins in the tip-growing tissues of P. patens. Notably, we discovered that Sec23G accumulates on ER-associated foci that are significantly larger, do not overlap with, and are independent of Sec23D. While Sec23D/E form ER exit sites that contribute to secretion that is essential for tip growth, Sec23G and the closely related Sec23F have likely functionally diversified, forming separate and independent ER exit sites. In contrast to Sec23D/E, Sec23F/G do not affect ER-to-Golgi transport, but do affect secretion of proteins to the plasma membrane, suggesting a possible role in Golgi-independent trafficking pathways.

Next steps: Distinct ER exit sites might indicate the formation of COPII coats composed of unique subsets of COPII proteins. Future studies analyzing protein-protein interactions as well as the dependency of localization of each of the COPII proteins will elucidate coat composition and may begin to provide insights into novel trafficking pathways in plants. 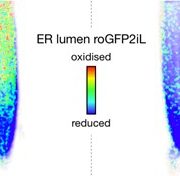 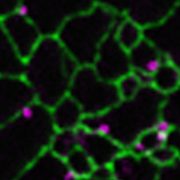 Lipid Droplet Biogenesis in Plants: LDIP is a Linchpin 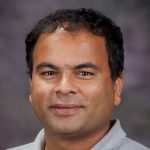 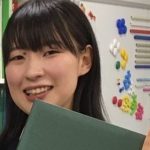