The land invasion by plants more than 500 million years ago was facilitated by the formation of mutualistic symbioses with fungi, through which the earliest plants gained access to mineral nutrients in exchange for photosynthetically fixed carbon (C). It was long hypothesized 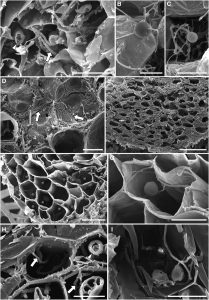 that this ancient mycorrhiza-like symbiosis was closely related to, and subsequently evolved into, widespread modern-day arbuscular mycorrhizas (AM) formed with plant roots by Glomeromycotina fungi. However, recent molecular, cytological, physiological, and paleobotanical evidence has strongly indicated that early fungal associates were likely to be more diverse than has previously been assumed. It has also been suggested that the globally widespread, arbuscule-forming fine root endophytes (FREs) classified as Glomus tenue (or, more recently, Planticonsortium tenue), which occur across a wide range of vascular plant groups, are closely related to the Mucoromycotina fungal symbionts of nonvascular plants. These findings support the idea that the colonization of Earth’s land masses by plants was facilitated not only by Glomeromycotina AM, but also by possibly more ancient Mucoromycotina fungal symbionts. Lycopodiella inundata, a species found in wet habitats across the northern Hemisphere, is remarkable in apparently being colonized exclusively by Mucoromycotina FRE fungi. Therefore, L. inundata provides a unique opportunity to dissect the symbiotic function of FREs in a vascular plant.  In the course of studying C-for-N exchange between L. inundata and Mucoromycotina (Endogonales) FRE fungi, Hoysted et al. (10.1104/pp.19.00729) made the interesting discovery that the same fungal symbionts colonize neighboring nonvascular and flowering plants. These findings fundamentally change our understanding of the physiology, interrelationships, and ecology of underground plant–fungal symbioses in modern terrestrial ecosystems by revealing the nutritional role of Mucoromycotina fungal symbionts in vascular plants. 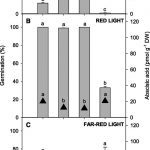 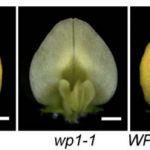