Robert did his undergraduate at SUNY Cortland before moving to California to work as a technician in molecular biology. He pursued a Master’s degree at Fresno State, where he worked with C. elegans and performed plant transformations with nematode genes. After deciding he wanted to pursue plant improvement, Robert went to University of Wisconsin, Madison to do a PhD with Dr. Tom Osborn. There he did molecular genetics research on Brassica napus allopolyploidy. Following his PhD, Robert did a postdoc at the University of Missouri with Dr. James Birchler working on engineering minichromosomes in maize. Up to that point Robert had wanted to pursue an academic career at an R1 university, but ultimately decided that due to the ’09 recession there might be more career opportunities in industry. So he applied to over 20 industry jobs at companies including Monsanto, Dow, and Cargill. He ended up getting into the highly competitive Emerging Leaders in Science (ELS) program at Monsanto (now Bayer Crop Science), which provided professional development and the opportunity to rotate between different roles across the company. Following the ELS program Robert became the lead on a corn genome editing project. Currently Robert leads an Applied Molecular Biology team in Plant Biotechnology. The team is a part of the larger platform of Applied Genome Modification. He and his team are responsible for driving vector strategies for genome editing. He oversees 6 team members, including 5 PhD scientists and 1 Master’s.

A summary of our conversation about working in industry research follows:

It helps to be a technical expert but is not always necessary as you will have access to people with diverse expertise. Good communication skills, however, are essential. In his position Robert must work to align his team with their own goals and with the goals of the leadership as well. Communication is important in maintaining relationships and networking. Another handy skill to have is the ability to propose strategies and keep on track with goals.

Students should focus on developing their soft skills. For example, the ability to influence others who are below or above you in the chain of command comes natural to some but can also be acquired through practice. Learning how to build strong relationships and trust is key. In the corporate world being able to network is critical. You can not get by if you cannot work in a team or bridge gaps with others.

On how he develops and improves the skills mentioned above

Robert and other team leader are required to set personal development goals, and then are tracked on their performance in relation to those goals. Those goals are influenced by managers, other stakeholders, and direct reports. For example, one goal could be to be more of a risk-taker. The goals are structured to give experiences that help meet each goal.

On what he enjoys most about his job

Robert is passionate about the opportunity to work on challenging endeavors and while still delivering a solution to a problem. A common theme throughout his educational and career path has been seeking out cutting edge research. Another thing Robert enjoys about working at Bayer Crop Science are the great people he interacts with. He has the opportunity to collaborate with people of very diverse backgrounds, interests, and research.

On mentors that have influenced him

In Robert’s estimation he has had access to a larger than average network of mentors and coaches. Often these were relationships that developed organically over the course of his education and career. One that stands out is his PhD advisor Tom Osborn, who helped him realize his potential. Tom also offered Robert a firsthand perspective as someone who transitioned from academia to working in the corporate environment at Monsanto.

On whether he wishes he had pursued other areas of research

Not really, he is exactly where he wants to be. Robert tried out several different areas through the ELS program. He started with work in genome editing, then transitioned to chemistry to work on insect protection. Then he went to regulatory affairs for genome editing to see the second half of the product pipeline. Robert leveraged his experiences to end up back in genome editing as a project leader before transitioning to his current role.

On closing thoughts for the Conviron Scholars

Start working as soon as possible to build relationships and networks. Take every opportunity for professional development you can, such as the Conviron program. 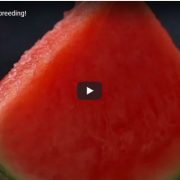 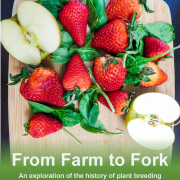 From Farm to Fork: An exploration of the history of plant breeding through cooking 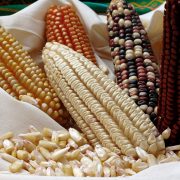 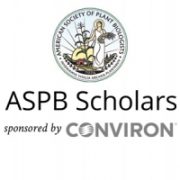 Announcing the 2020 Class of the ASPB Conviron Scholars Program 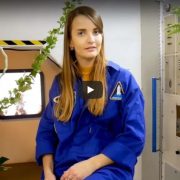