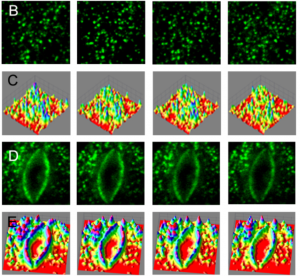 Bacteria can exploit the stomatal pores to gain entry into plant leaves. Previous studies have demonstrated that guard cells close in response to flagellin, an effect that is described as stomatal immunity. Like ABA-induced stomatal closure, this involves the movements of ions and water from the guard cells. Here, Cui et al. investigated the contribution of the water channel aquaporin PIP2;1 in stomatal immunity, as previous studies indicated that loss-of-function pip2;1 mutants fail to respond to ABA or the flagellin-epitope flg22. In wild-type and mutant tissues, the authors measured ionic and pH responses to flg22, as well as PIP2;1 localization in guard cells and subsidiary cells using variable-angle total internal reflection fluorescence microscopy (VA-TIRFM), which allowed them to follow the movements of single particles. Key findings are that the aquaporin moves into the cell from the plasma membrane surface during flg22-mediated stomatal closure, and that the cytoskeleton contributes to PIP2;1 dynamics. (Summary by Mary Williams @PlantTeaching) Plant Physiol. 10.1093/plphys/kiab007/6094659 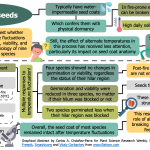 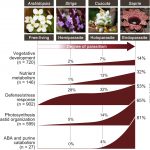