By Sneha Kulkarni.  This post How socio-cultural factors influence publication practices in China was originally published on Editage Insights.

The recent mass retraction case in which the journal Tumor Biology retracted about 107 papers authored by Chinese researchers sparked discussions about several aspects of academic publishing – the culture in academia, the standards upheld by journals, the challenges and pressure researchers face, and so forth. But it also brought back into the limelight the question that has been raised time and again in scholarly circles – the integrity of Chinese researchers. Over the years, researchers from several countries have come under the scanner for committing academic misconduct. But the one country that probably has grappled the most with research misconduct is China. 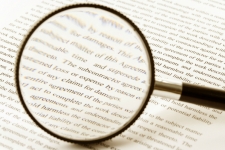 China is making progress by leaps and bounds and is well on its way to becoming a global leader in science and technology. It is second only to the U.S. in terms of the number of academic publications and research funding. Recently, a study pointed out that China ranks third in the world in publishing academic papers with international collaborations. These are indicators of the country’s progress and determination to globalize its outreach and conduct good research. On the flip side, China’s growth has been recurrently punctuated by a series of scandals involving peer review scams and research misconduct. These have led to a slew of retraction cases. According to Quartz, an American news outlet, China contributed to more than 50% of papers retracted due to peer review manipulation between the years 2012 and 2016. The nonconformity to good publishing practices at such an extensive scale can hurt the science and technology of the country and have a negative impact on its reputation.

It is vital to understand the roots of this problem. Recognizing the importance of science and technology in economic development, around 40 years back, in 1977, the Chinese government began investing heavily in research and technology. The increased funding widened the scope to conduct research, which attracted more people to academia. The research output increased as a result, and China began climbing the steps to becoming a research and technology oriented nation. However, there was a lack of regulation of publication practices. This, paired with an extremely competitive academic culture and cultural norms that varied completely from what was considered ethical in the West, led researchers to committing research misconduct.

The entire scientific community operates on trust – trust that editors are appointing peer reviewers with careful consideration, that peer reviewers are meticulously filtering good research from bad, and (most importantly) that researchers are conducting research and publishing it with integrity.

The Chinese perceive academic excellence as a mark of an individual’s worth. As a result, there is a lopsided emphasis on research output. Researchers are expected to get published regularly and in reputed journals in order to get promotions, increments, and jobs. And this applies not just to researchers: even practicing doctors are expected to get published in journals with high impact factor. A survey indicated that nearly 40% of Chinese doctors are likely to commit fraud under extreme pressure. The race to attain leadership in science and technology has led to a competitive and unhealthy academic culture.

Many Chinese institutions encourage their faculty to get published in international, peer-reviewed journals with high impact factors and even provide monetary incentives. A fairly recent post in Nature brought to light how Sichuan Agricultural University honored a researcher who got published in the journal Cell by awarding him a prize worth 13.5-million Yuan (US$2 million). Such practices are rampant in several institutions and force researchers to focus on publishing in a high impact factor journal rather than publishing good research in a journal suited best for the research topic.

Another important factor is the influence of Chinese cultural norms on the attitude of academics. Respecting older people or those in a position of authority is encouraged in China. Therefore, researchers, particularly early career researchers, might find it tough to raise their voice against their senior peers or mentors if they indulge in academic misconduct or pressurize the researchers to do anything unethical; for instance, young researchers may feel the need to comply if their senior insists on being added as an author on asks them to enhance some images in a paper.

Another socio-cultural dimension that should be taken into account is that copying or borrowing content is considered an accepted method of learning. In its extreme forms, copying from a work can sometimes even be considered a tribute or a way of showing respect to the original writer. Moreover, several Chinese researchers lack fluency in the English language. Thus, they tend to copy from other published papers without proper attribution, but with no intention to plagiarize. In the Western world, such practices are deemed unethical. Therefore, when Chinese researchers indulge in these practices and attempt to publish in international journals, they face rejection or retraction.

The Chinese government has been taking steps to curb academic misconduct since the growing number of such cases is affecting the reputation and the progress of the country. Following the news of the mass retraction by Tumor Biology, the Chinese government announced that there would be zero tolerance towards misconduct as the incident has “seriously harmed the international reputation of our country’s scientific research and the dignity of Chinese scientists at large.” In some cases, disciplinary action has been initiated by the government and the institutions in a bid to discourage researchers from using unethical publishing routes. The China Association for Science and Technology (CAST) has appealed to all Chinese researchers to “be self-disciplined and strongly oppose academic dishonesty.”

The entire scientific community operates on trust – trust that editors are appointing peer reviewers with careful consideration, that peer reviewers are meticulously filtering good research from bad, and (most importantly) that researchers are conducting research and publishing it with integrity. A tremendous amount of money and effort is at stake in academia. Therefore, when instances of research misconduct surface, an entire field of research is shaken. Educating authors about the importance of following good publication practices is the key to building a culture that is conducive to progress.

Related reading: An update on China’s investigation into the 107 retracted papers

Should you go to grad school? (From Science Careers)
Scroll to top