Background: Excessive sodium (Na+) accumulates in irrigated fields and harms rice during its growth and development; therefore, improving salt tolerance has important applications in agriculture. When Na+ accumulates in leaves, the photosynthetic efficiency decreases and leaves begin shrinking so that the plants die. To cope with the harmful effect of excessive Na+, rice harbors transporters that prevent Na+ accumulation in shoots. For example, the transporter OsHKT1;5 specifically transports Na+ and the OsHKT1;5 gene was discovered by quantitative trait locus (QTL) analysis of potassium (K+) homeostasis in a salt-tolerant variety under salt stress.  Although the molecular function of OsHKT1;5 is understood, how OsHKT1;5 gene expression is regulated remains unknown.

Question: What is the mechanism that regulates OsHKT1;5 transcript levels?

Findings: We explored epigenetic regulation by measuring the levels of a specific DNA modification (methylation) and found that DNA methylation of a transposable element located in the promoter region of OsHKT1;5 rapidly increases under salinity stress. This results in the DNA methylation reader OsSUVH7 being recruited to the OsHKT1;5 locus. A MYB transcription factor, OsMYB106, also binds to the promoter region of OsHKT1;5. The chaperone regulator OsBAG4 forms a bridge between OsMYB106 and OsSUVH7. This complex formed by a DNA methylation reader, a chaperone regulator, and a transcription factor activates OsHKT1;5 expression to facilitate salt tolerance.

Next steps: We are working on elucidating the mechanism by which rice senses salt stress and induces formation of the DNA methylation reader/chaperone regulator/transcription factor complex. Moreover, looking forward, we are designing a novel breeding strategy to produce salt-tolerant rice based on our research. 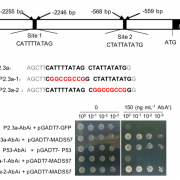 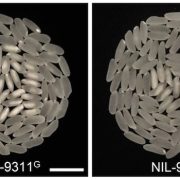 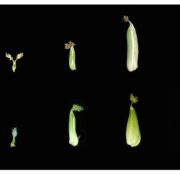 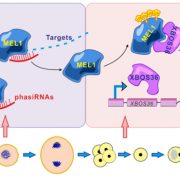 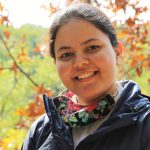 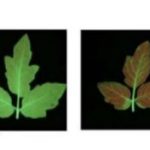