Background: Localization of mRNAs is a universal mechanism to efficiently drive protein targeting in eukaryotes and prokaryotes. The best-defined example of mRNA localization in plants involves the storage protein mRNAs in developing rice endosperm cells. Glutelin and prolamine mRNAs are recognized by zipcode RNA-binding proteins and the ribonucleoprotein complex is transported to two distinct cortical endoplasmic reticulum (ER) subdomains, the cisternal-ER and protein body (PB)-ER, respectively. Although the cis- and trans-factors responsible for mRNA localization have been defined over the years, how these mRNAs are transported to the cortical ER has yet to be resolved.

Question: Previous studies revealed that aborted endocytosis and membrane trafficking due to the loss-of-function of Rab5a and its cognate nucleotide exchange factor, GEF, resulted in the mis-targeting of glutelin mRNAs to the prolamine containing PB-I as well as to the extracellular paramural body in rice endosperm cells. However, direct evidence on how endosomal trafficking is engaged in glutelin mRNA localization has yet to be established.

Findings: Using the glutelin zipcode RNA-binding proteins RBP-P and RBP-L as entry points, we identified their interacting partners, N-ethylmaleimide-sensitive factor (NSF) and the small GTPase Rab5a, which participate in endosomal membrane trafficking. The four proteins form a quaternary complex carrying glutelin mRNAs for active transport on endosomes to the cortical ER membrane. Direct interaction of RBP-L with Rab5a, between NSF and RBP-P, and between NSF and Rab5a were established. Biochemical and microscopic analyses confirmed the co-localization of these RBPs with NSF on Rab5a-positive endosomes that carry glutelin mRNAs. Analysis of a loss-of-function rab5a mutant showed that glutelin mRNA and the quaternary complex were mis-targeted to the extracellular paramural body structure formed by aborted endosomal trafficking, further confirming the involvement of endosomal trafficking in glutelin mRNA transport. These findings demonstrate that mRNA localization in plants co-opts membrane trafficking via the acquisition of new functional binding properties between RBPs and two essential membrane trafficking factors, thus defining a novel endosomal anchoring mechanism in mRNA localization.

Next steps: The identification of these key linker proteins that enable endosome-mediated mRNA transport in rice endosperm cells provides new insights on how mRNAs can be distributed to specific locations in eukaryotes and the unique functions of NSF and Rab5a in this cellular process. Future studies will identify other factors, effectors and adaptor proteins, required for mRNA-associated endosome transport. 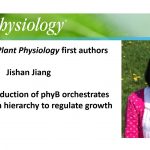 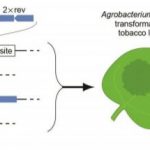 Shooting for the STARRs: A Modified STARR-seq Assay for Rapid Identification...
Scroll to top