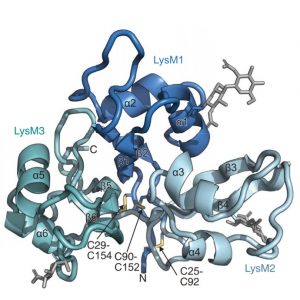 Ecosystems are founded by relationships between organisms, such as the mutualism between plants and microbes. An example is the agriculturally important symbiosis between legumes and nitrogen-fixing bacteria that reside in nodules of legumes. Legumes must be able to differentiate, through undetermined mechanisms, between symbiotic and pathogenic microbes. Boszoki et al. set out to elucidate the molecular players used by a model legume, Lotus japonicus, to identify microbes and initiate the proper response. NFR1 and CERK6 are receptor proteins of L. japonicus with similar structures and previously-demonstrated necessary function for nodule organogenesis and chitin immune response, respectively. Through constructing chimeric versions of each protein by swapping residues/domains from either NFR1 or CERK6, expressing these chimeras in L. japonicus lines, and comparing the resulting plants’ abilities to form nodules (a readout of recognizing nodulation factors from symbiotic bacteria, via NFR1 signaling) or induce an immune response (a readout of recognizing chitin from pathogenic fungi, via CERK6 signaling), the authors deduced that differentiation between symbiotic or pathogenic microbes is derived from the extracellular domain, composed of three lysin motif (LysM) domains. Sequence analysis and experiments honing into these motifs demonstrated that two specific regions within the first LysM (LysM1) domain were required for specific signaling response. The authors further demonstrated the important applicability of these conclusions by engineering a chimeric receptor using the two aforementioned regions of the first LysM1 domain from NFR1 within a CERK6 ectodomain background and demonstrating its ability to bind nodulation factors and induce nodule formation. These findings are imperative for decoding the molecular languages of plants and microbes so that we may engineer more adaptable crops for a changing environment. (Summary by Benjamin Jin) Science 10.1126/science.abb3377 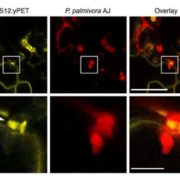 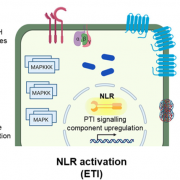 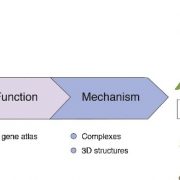 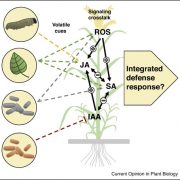 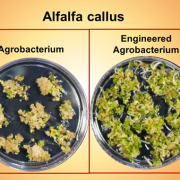 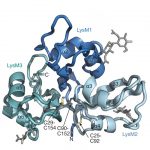 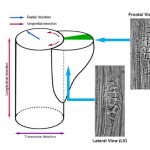 From one cell to many: Morphogenetic field of lateral root founder cells in...
Scroll to top