A guest post contributed by Andrew D. Hanson, Horticultural Sciences Dept. at the University of Florida

You can’t guarantee your own financial security. No employer or government can guarantee it for you. But while there can be no certainty about the financial future there are some timeless principles to follow that will increase the probability of good outcomes and reduce the probability of bad ones. [If you strike out the qualifier ‘financial’ in the previous sentence you have the core ethical wisdom of the world’s great religious traditions, by the way]. Three of these principles are as follows.

The first and greatest is this: “Annual income twenty pounds, annual expenditure nineteen pounds nineteen and six, result happiness. Annual income twenty pounds, annual expenditure twenty pounds ought and six, result misery.” We owe this (pre-decimal currency) formulation of the principle to the 19th Century English novelist and social reformer Charles Dickens, who put it into the mouth of Mr. Micawber, a character in ‘David Copperfield’. Bitter personal experience had taught Dickens a thing or two about financial hardship.

The second principle is: “People…have had enough of experts”. This formulation comes from UK Conservative politician Michael Gove (uttered in the fervid context of Brexit, but we don’t need to go there…).

And the third principle is: “If anyone fails to provide for his own family, especially the closest mem­bers, they have turned their back on the very foundation of reality”. I’ve paraphrased this from a 1st Century letter from Saul of Tarsus about members of a community who wanted the community to do what they should have been doing for themselves.

Let’s expand a little on these principles. The first says ‘don’t spend money you haven’t got because the only way to do that is to borrow, and that can end *very* badly’. There are a few good, convent­ional reasons to borrow if you absolutely have to. One would be for housing. Another would be for a reliable car if there are no viable alternative ways to get to work, school, stores, etc. A third would be for higher education.

Even with these, there are downsides, though. A house ties you down, it can be hard to sell, it can lose value in a recession (these recur!), and maintaining it can eat a lot of your time and income. Renting until mid-career (i.e., in the years when it can pay to be mobile to follow opportunities) and *all the while saving* so you eventually have enough to buy (most of) a house can make sense (it’s what we did, actually). Some Universities try to use their supposed prestige to blind you to their exorbitant fees and to the lack of real-world value of certain degrees. (I’m obviously not talking about our great public universities or about STEM degrees here.) The bad reasons for borrowing far outnumber the good ones – even if today’s economies depend heavily on people not real­izing they are bad reasons. Here are a few bad reasons: A house that will supp­os­edly impress others but is *way* bigger or fancier than you need. A car that will supposed­ly express who you are or aspire to be, instead of just being a safe and decent way to get from A to B. Vac­at­ions. Recreational vehicles. Boats. Designer clothes… In this connection, remember that the explicit and implicit drive to buy more/bigger/better is external – and that you are free to disregard it. In fact, you cannot really be free until you *do* disregard it. You can set your own priorities and choose to be content with where you are. Keep in mind that marketing (which we’re bombarded with 24/7) is the science of getting people to buy stuff *that they do not need*.

A word about credit cards. The word is *don’t*. They are the easiest way to spend more money than you have. Which is what they are artfully designed to be, so that credit card companies can tempt you to overspend and then extract annual interest rates of 15% or more. The word “don’t” here doesn’t necessarily mean “don’t *own* a credit card” because some normal everyday transactions (like renting a car or booking a hotel room) may require one. It means “don’t *pay the final bill* with the credit card” (car rental companies and hotels let you settle the bill with a debit card or cash). Or, if you must use a credit card, pay all the debt off as soon as you get the monthly statement.

The second principle is that you really don’t need the services of financial planners, personal invest­ment advisors, and the many other self-styled financial experts. Their expert trade is to take your money for telling you what you can teach yourself in a few hours, or to exploit control over your mon­ey for their own gain (commissions). Or worse. Basically all you need do is invest in top com­panies (individually or via institutions like TIAA-CREF), start early, hold onto your investments no matter what stock markets do, and switch incrementally from stocks to bonds as you get older. Doing this year-on-year over the past century gave you an average annual return of around 7% for stocks and around 5% for bonds (after adjusting for inflation). No go-go trading strategy does any better over the long term. Thanks to the power of compound interest, at 7% your money doubles in around 10 years so that over 40 years of investing each original dollar becomes about 16.

The third principle is “it’s not just about me”. It’s also about doing your best to favor decent outcomes for your nearest and dearest even in the worst case. And the “worst” case includes not just what would happen if you die more-or-less suddenly while you are earning a salary but also (especially as you get older) how to cover the costs of years of being incapable of self-care. Which is not an improbable event. This is your responsibility. Not your family’s. And definitely not the government’s.

Acknowledgments. I warmly thank José and Adrienne Boada for their wise advice and suggestions. 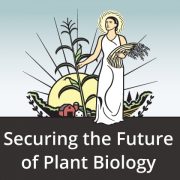 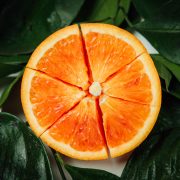 US Students are experiencing food insecurity, so what can we do to help? 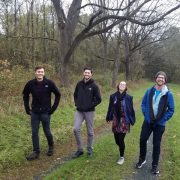 A new approach to graduate professional development; lessons learned from a leadership retreat 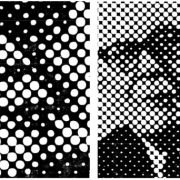 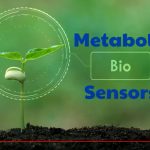 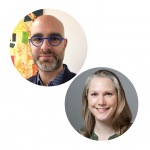