Describe your journey from student to newly appointed faculty

I was an undergraduate at Cornell University, first in economics and later switching to biology. Then I went to UC-Berkeley for my PhD where I worked in Michael Freeling’s lab on maize and sorghum comparative genomics. When I graduated from UC-Berkeley I was fortunate enough to receive an NSF PGRP postdoc fellowship which allowed me to first work on wild Setaria viridis (a C4 model) at the Danforth Center, and then travel to the Chinese Academy of Agricultural Sciences in Beijing to learn about domesticated foxtail millet (Setaria italica) from Prof. Xianmin Diao.

What inspired you most to pursue your current career?

I was born and raised in Ames, Iowa and my father is a maize geneticist. I grew up surrounded by corn and corn geneticists. When I went to college I wanted to study anything but biology. The reason I’m doing the work I am today is largely thanks to four people:

Kevin Ahern, a research tech who took me under his wing when I was an undergrad working in a research lab for spending money. That was the job where I got bitten by the plant science bug and fascinated by understanding how plants can perceive and respond to their environments.

Brad Barbazuk, my mentor during a summer REU, where I was first introduced to programming and bioinformatics. That was the first taste I received of how much faster I could run the “hypothesis; test; interpret” cycle when each failure was an error message when I tried to run a perl script after 30 seconds instead of a blank PCR gel after four hours.

Michael Freeling, my advisor during grad school who taught me how to use computational tools to still have the types of hypothesis driven questions about biology which had gotten be excited about plant science in the first place.

Eric Lyons, a fellow grad student and then postdoc who taught me how to actually talk coherently about the research I do and why it matters to people who aren’t in the exact same field as me. I don’t always succeed at that last one, but when I do it’s definitely thanks to the strategies I learned from him.

What is the major focus of you research team?

When I was first interviewing at grad schools someone used the analogy that some labs are like a Viking ship (everyone pulling on oars to pull forward towards a common destination), and others are like a fleet of kayaks where everyone heads off in their own directions as they spot interesting things. My own lab is definitely more in the fleet of kayaks models. There are people in my lab working on classical comparative genomics, right now particularly focusing on parallel evolution of complex traits like cold tolerance and C4 photosynthesis. There are people using machine learning to study the factors that make a gene model more or less likely to play a measurable role in determining plant phenotypes. There are people developing new ways to measure plant traits by using convolutional neural networks and in silico plant models to analyze pictures, hyperspectral data cubes, and lidar data from plants. Sometimes it seems like the only common threads are that everyone is working on corn, sorghum, and/or foxtail millet, and that all of our research plans emphasize automating as much as we can of the “boring” parts of generating data, so we have as much time as possible to focus on designing interesting experiments and analyzing the resulting data.

Which conferences do you regularly attend?

I’ve been fortunate enough to attend every maize genetics conference since 2009. Aside from that I try to also attend Plant and Animal Genome in San Diego and Phenome in Arizona. Unfortunately, this year I’m going to miss Phenome since DOE decided to schedule their PI meeting for the exact same dates as the conference, but I should still be at PAG in January and the Maize Genetics conference in March.

Who are your current collaborators?

Some of my favorite collaborators are engineers and statisticians. In both those fields, there is value in being able to provide interesting and important new problems that no one has tried to solve before. So we’ll go into a room together and spend a couple of hours talking, hand gesturing and writing excitedly on whiteboards and then a few weeks or a few months later we’ll have another meeting where I’ll learn about some new piece of equipment or software or method that can do something that was impossible or impractical before. It’s really fun!

I’d particularly highlight Yumou Qiu, a statistician who is now an assistant professor at Iowa State University, and Yufeng Ge, an engineer and associate professor here at UNL.

I like getting to work with other biologists as well. Particularly people who are experts in completely different types of biology from the kind I know about. The first funding I ever received as an independent PI was a collaborative project with Rebecca Roston, a biochemist here at UNL. I’m able to bring comparative genomics and gene expression methods and genome evolution questions to the table, she understands so much more about stress biology and lipid metabolism than I will ever know. Three years into the collaboration I think I’ve finally got the difference between phospholipids and galactolipids down, but I’m not entirely confident in even that.

My advice to anyone who asked about having successful collaborations would be to seek out people who have complementary strengths and research interests rather than focusing on collaborating with people with the same strengths, weaknesses, and interests as oneself.

About your job hunt

How long did it take you from the beginning of searching faculty jobs to get one?

I started applying to jobs in late 2012 in the depth of the hiring freeze that resulted when universities started feeling the budget effects of the great recession. I was lucky enough to get two interviews in 2013, one of which turned into a job offer.

One thing it’s important to be aware of is that sometimes universities will make job offers where they want you to remain a postdoc for some number of months or years. It can be easy to take offense at that, but just remember that everything is negotiable. When I first got the call from Nebraska, they wanted me to commit to taking a position while first remaining a postdoc for a while to get more “seasoned.” But we negotiated and I ended up starting in June of 2014, which was about as early as the logistics would have allowed me to start my lab there anyway.

Based on your experiences and the feedback you got during the job search, what do you think are key skills and accomplishments that a successful candidate must demonstrate?

In order to get an interview, it’s important to have a strong CV. I think one common mistake is to assume that during the interview process people are applying the same set of filtering criteria (strength of CV) as they did to select who would advance to an interview. During the interview process people are mostly focused on other criteria: does the person do a good job of communicating and thinking on their feet? During the chalk talk can they tolerate and adapt to constructive criticism or do they take any feedback as a personal attack? Do they seem to have a consistent focus or would they spread themselves too thin trying to do everything at once? Most importantly, is this a person that they people doing the hiring would be okay working with until everyone on the hiring committee retires.

During the interview process people are mostly focused on other criteria: does the person do a good job of communicating and thinking on their feet? During the chalk talk can they tolerate and adapt to constructive criticism or do they take any feedback as a personal attack? Do they seem to have a consistent focus or would they spread themselves too thin trying to do everything at once? Most importantly, is this a person that they people doing the hiring would be okay working with until everyone on the hiring committee retires.

Which published paper was the most influential for your career or getting the faculty job?

How did you prepare for the actual job hunt? How did you identify potential opportunities, prepare your application materials, and prepare for interviews?

I learned about faculty positions mostly through networking, and I wrote my application materials and then asked for feedback from a couple of trusted mentors. Just in the last five or six years I think the resources and approaches have changed dramatically.

About you as a faculty member

What were the initial challenges to starting your own lab?

The two biggest challenges I faced when I started were recruiting good people to join a brand new lab and dealing with the stress of having people’s current salaries and future career advancement depending on me. It’s a big risk to join a brand new PI’s lab, and the risk is bigger (for both the student and the PI) in cases like mine where the graduate program I was a part of didn’t include rotations.

I was extraordinarily lucky in the first grad student, the first postdoc, AND the first undergraduate who chose to join my lab. I wish I had a system I could recommend for how to make those first hiring decisions but I really do think it was just good luck/good fortune on my part.

What qualities do you look for when recruiting for your lab?

My lab is quite computationally focused – although almost everyone also does at least a little work in the field over the summer. However, very few people have joined my research group with a lot of experience programming. Usually the pattern appears to be more someone who is interested in the kind of science we do, wants to learn computational techniques, and is also willing to put in time and effort in the field or wet lab at the same time they’re learning about the command line and working through some initial online modules in python programming.

How do you manage “work-life balance” as a faculty?

I will be very up front that I do a terrible job of maintaining healthy or proper work life balance. I know many colleagues who are a lot better at the balancing act than I am and also equally or more successful, so please don’t take my personal experience as representative of what it takes to succeed as a faculty member.

What I do make a priority is ensuring that my own poor balance doesn’t spill over on to students or other members of my lab. I’ve tried to have frank discussions with everyone who joins that, although I often work on the weekend or really late at night, the fact that sometimes they get e-mails or slack messages during those hours or times of week does NOT mean I’m expecting replies outside of regular working hours.

If prospective students and postdocs want to reach you, where can they contact you and read about your work?

My own e-mail address is schnable@unl.edu

You can read more about the work happening in my lab at schnablelab.org

A lot of the members of my lab are on twitter and we have a list that aggregates tweets from a lot of lab members past and present: 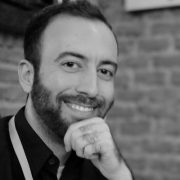 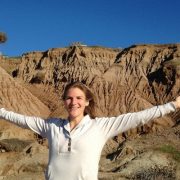 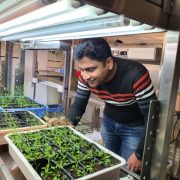 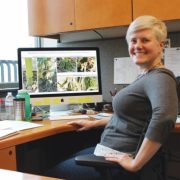 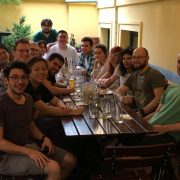 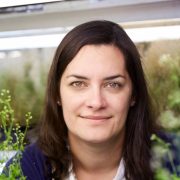 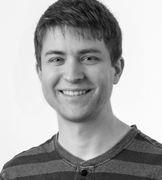 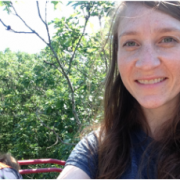 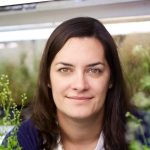 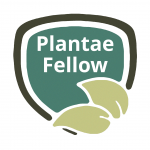