Every year, the Equity, Diversity and Inclusion Committee (EDIC, formerly the Minority Affairs Committee, MAC), hosts a concurrent symposium during the Plant Biology meeting. This year, the meeting was held virtually, but participants were nevertheless treated to an excellent set of talks. Stay tuned for the 2021 EDIC symposium lineup!

Here are the 2020 speakers, their titles, and their abstracts. 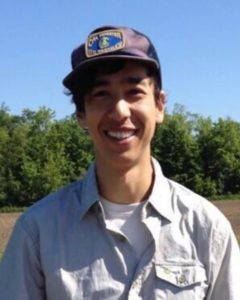 Assembling meaningful comparisons between species is a major limitation in studying the evolution of organismal form. To understand development in maize and sorghum, closely related species with architecturally distinct inflorescences, we collected RNA-seq profiles encompassing inflorescence body-plan specification in both species. We reconstructed molecular ontogenies from 40 B73 maize tassels and 47 BTx623 sorghum panicles and separated them into transcriptional stages. To discover new markers of inflorescence development, we used random forest machine learning to determine stage by RNA-seq. We used two descriptions of transcriptional conservation to identify hourglass-like stages during inflorescence development. Despite a relatively short 12 million years since their last common ancestor, we found maize and sorghum inflorescences are most different during their hourglass-like stages of development, following an inverse-hourglass model of development. We discuss whether agricultural selection may account for the rapid divergence signatures in these species and the observed separation of evolutionary pressure and developmental reprogramming. 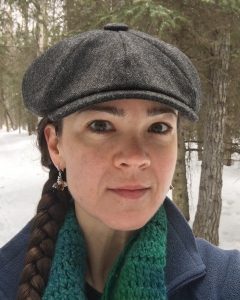 The Effect of the Environment on Life History Phenology; Botanizing While Indigenous
Amber R. Nashoba, MS, PhD,Adjuct Faculty, University of Alaska Anchorage
Organismal developmental traits, such as the timing of life history transitions, are often the traits that are most responsive to changing environmental conditions. To clarify the effect of selection and environment on the phenology of germination and reproductive commencement, we performed a quantitative genetic study of phenotypic selection on Chamaecrista fasciculata (Fabaceae). An experimental population was planted into a restored prairie in each of two years. The earliest dates of germination and flowering were tracked for paternal families over two parental generations and one progeny generation. Selection for advancement in reproductive stage was detected, as well as a response of 2.2 days earlier flowering in the second generation. Germination phenology varied more between years than between generations. The effect of the environment was the strongest contributor to differences in phenology. Response to selection became apparent when accounting for the effect of the environment on phenotypic differences, highlighting the importance of controlling for year­-to­-year environmental variation in quantitative genetic studies. The experimental garden was hosted by the Shakopee Mdewakanton Sioux Community and research was conducted by myself (Choctaw) as well as Anishinaabe and Lakota/Dakota students. 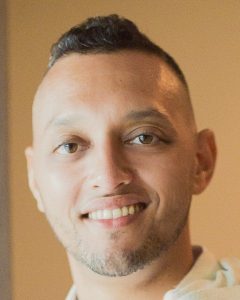 Aman Husbands, PhD,Assistant Professor, The Ohio State University
Development of multicellular organisms requires precise control of transcription factor (TF) inputs into their gene regulatory networks. As such, TF activity is highly regulated, often integrating several mechanisms across multiple regulatory levels to impact developmental outcomes. In plants, this is exemplified by CLASS III HOMEODOMAIN-LEUCINE ZIPPER (HD-ZIPIII) proteins, a >650 million-year-old family that arose before the common ancestor of Chlorokybus algae and land plants. HD-ZIPIII TFs were then repeatedly coopted throughout evolution to regulate pivotal developmental innovations, including stem cell niches, lateral organs, and vasculature. HD-ZIPIII activity is regulated by multiple mechanisms, including a microRNA – mir166 – and the LITTLE ZIPPER (ZPR) family of microProteins. HD-ZIPIII proteins also contain a START domain. Initially identified in animals, START domains adopt an α/β helix-grip fold, creating a hydrophobic pocket which accommodates lipophilic ligands ranging from long-chain fatty acids to sterols to isoprenoids. Transcriptional activity of HD-ZIPIII proteins may thus be controlled by a lipid ligand, reminiscent of nuclear receptors (NRs) in mammalian systems. However, the impact of the START domain on HD-ZIPIII activity remains unknown, despite their essential roles in development and molecular identification over twenty years ago. Using PHABULOSA (PHB) as a representative HD-ZIPIII protein, we demonstrate that the START domain renders HD-ZIPIII dimers competent to bind DNA, while increasing both their frequency and transcriptional potency. Further, the effects of the START domain may be mediated by binding of a phospholipid ligand. The developmental and evolutionary implications of these findings will be discussed. 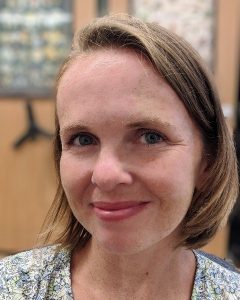 The Evolution and Diversity of CAM Leaf Anatomy

Current hypotheses surrounding the evolution of emission and perception of volatile organic compounds (VOCs) as a communication mechanism among plants lies in their importance as internal signals. VOCs released from damaged organs induce resistance in undamaged organs of the same individual faster than vascular signaling and independent of anatomy. Earlier work shows the reduction in efficacy of VOC induced resistance as genetic and physical distance of populations increase, although the pattern of decay is not supported at the interspecies level. As evidence supports the occurrence of interspecies VOC-mediated induction, variable responses not explainable by shared evolutionary history pose a critically missing mechanism for describing the transition of the phenomenon from communication to ‘eavesdropping’. As evolutionary theory necessitates fitness consequences for ‘true communication’, it is important to disentangle chemically mediated induction events from reciprocal self-recognition (communication) among individuals from unidirectional signal interpretation (eavesdropping). Here we present several theoretical models hypothesized to lead to communication or eavesdropping, while presenting a series of experiments to disentangle this question in a phylogenetically informed manner using the annual clade of Helianthus. 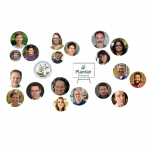 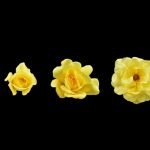