By Brendan O’Leary and Harvey Millar

Background: Plant leaves have two main energy-generating metabolic systems, photosynthesis and respiration. At night, leaf respiration typically consumes sugars previously made by photosynthesis to produce the energy (ATP) that the cells need to survive. However, besides sugars there are other potential nutrient sources for respiratory energy generation such as amino acids and organic acids, which a plant will use in certain situations like starvation and recovery from stress. What’s more, excess nutrients not needed for energy generation can be used as building blocks to support plant growth (e.g. amino acids make proteins). It is not clear how plant cells keep track of their various metabolite levels, particularly amino acids, so they can make appropriate decisions about which nutrients should be consumed as fuel versus used to support growth.

Question: We wanted to learn which metabolites plants use to support respiratory energy generation in different metabolic situations. So, we developed a high-throughput, multi-hour assay to quantify the effect of raising individual or combinations of metabolite levels on leaf nighttime respiration rates.

Findings: In animals, a signaling protein called TOR is heavily involved in determining which type of nutrients are consumed by mitochondria for respiratory energy production versus used to support growth.  In plants, TOR had previously been known to act as part of a signaling mechanism indicating sugar levels.  Here we discovered that TOR also signals for amino acid levels in plants just as in animals and fungi.  When amino acid levels are high, TOR is activated which subsequently downregulates the mitochondrial respiratory pathways consuming amino acids as fuel, and upregulates protein synthesis, thus using amino acids for growth. So, we now know that plants use TOR to sense the levels of several different nutrients in plant cells and coordinate downstream energy generating or utilizing processes.

Keep it steamy: improved quantification of the humidity within the leaf 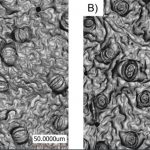