In 1970, Jerry Kermicle reported that maize kernels could have dramatically different pigmentation depending on which parent the r1 gene is inherited from. This was the first discovery of many genomically imprinted genes that are selectively expressed from the maternal genome in endosperm. Later, Kermicle also discovered a mutant with poor maternal r1 expression. He hypothesized that the normal function of the mutated gene would be to derepress maternal r1; hence the name maternal depression of r1 (mdr1). The identify of mdr1 has remained unknown since then, but studies using Arabidopsis thaliana have revealed that DNA demethylation by enzymes called DNA glycosylases is important for expression of some maternally inherited genes in endosperm.

We wanted to identify the mdr1 gene. We hypothesized that mdr1 would reveal insights into molecular mechanisms of genomic imprinting in maize.

We discovered that mdr1 encodes one of two DNA glycosylases with high expression in endosperm. We found that at least one of the two must be functional for endosperm to develop normally, but the one encoded by mdr1 is expressed higher. Surprisingly, most of the genes the mdr1 DNA glycosylase demethylates do not appear to be genomically imprinted, and about half the DNA it demethylates is not even near genes. These findings suggest that DNA glycosylases also have an undiscovered function unrelated to genomic imprinting in endosperm. 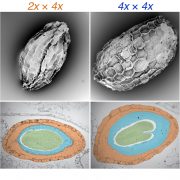 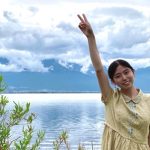 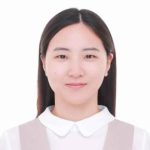