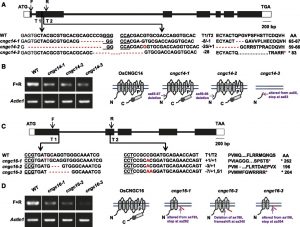 Extreme temperatures often negatively impact plant productivity. Both heat and cold induce transient Ca2+ influx into the cell cytoplasm. Cui et al. (10.1104/pp.20.00591) have investigated the function of two closely related cyclic nucleotide-gated ion channel (CNGC) proteins, OsCNGC14 and OsCNGC16, in temperature-stress tolerance in rice (Oryza sativa) by examining their loss-of-function mutants generated by genome editing. Under both heat and chilling stress, both the cngc14 and cngc16 mutants displayed reduced survival rates, higher accumulation levels of hydrogen peroxide, and increased cell death. In the cngc16 mutant, the extent to which some genes were induced and repressed in response to heat stress was altered. Furthermore, the loss of either OsCNGC14 or OsCNGC16 reduced or abolished cytosolic calcium signals induced by either heat or chilling stress. Therefore, OsCNGC14 and OsCNGC16 are required for heat and chilling tolerance and are modulators of calcium signals in response to temperature stress. In addition, the loss of their homologs AtCNGC2 and AtCNGC4 in Arabidopsis (Arabidopsis thaliana) also led to compromised tolerance of low temperature. These reults indicate a critical role of CNGC genes in both chilling and heat tolerance in plants. 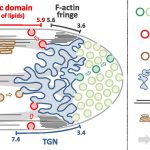 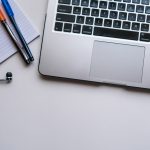