Sugars have a key role in numerous cellular processes, and thus their storage and distribution are tightly controlled to ensure appropriate access when needed. In plants, the vacuole is the major storage organelle. The tonoplast (vacuole membrane) contains various transporters that regulate sugar and nutrient balances within the cell, including members of the TONOPLAST SUGAR TRANSPORTER (TST) protein family, which transport glucose and sucrose (Wormit et al., 2006; Jung at al., 2015). Transport at the tonoplast can be initiated by upstream signalling events in response to changes in the micro-cellular environment, such as nutrient deprivation, or larger scale extracellular changes, such as high salinity, to maintain cellular homeostasis (Neuhaus, 2007).

Calcium signalling is often a vital component of the response to various stimuli, as the Ca2+ ion is a rapidly triggered ubiquitous second messenger. Changes in cytosolic Ca2+ concentrations or oscillation patterns are sensed and translated into downstream cellular responses, for example through the activation of kinase cascades. One such Ca2+ sensor and kinase combination is the CALCINEURIN B-LIKE (CBL) calcium sensors and the CBL INTERACTING PROTEIN KINASES (CIPKs), which have been linked to the perception of various developmental and environmental stimuli (Mao et al., 2016). The CBL-CIPK module is a conserved component of calcium signalling across multiple signal transduction pathways, with specificity likely arising from the selective phosphorylation of downstream targets (Mao et al., 2016). Some CIPKs regulate ion transporters (Mao et al., 2016); however, their involvement in the regulation of sugar transporters, such as TSTs, has not been previously characterized. Despite evidence that sugar transporter activity is regulated by phosphorylation (Li et al., 2014; Straub et al., 2017), in many cases the kinases responsible have not been identified and the upstream regulatory components remain unknown (Endler et al., 2009; Whiteman et al., 2008). 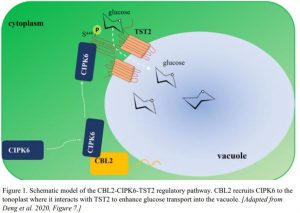 In this issue of Plant Physiology, Deng et al. (2020) identify a novel CBL2-CIPK6-TST2 pathway that regulates plant sugar homeostasis. They established that GhCIPK6 is a positive regulator of glucose accumulation in cotton (Gossypium hirsutum) and demonstrated the effect of this protein on sugar homeostasis through an analysis of transgenic plant lines (Deng et al., 2020). Using a combination of phylogenetic analysis with genetic and biochemical methods, the authors also identified GhCBL2 as an upstream Ca2+ sensor and GhTST2 as a downstream sugar transporter in this pathway. GhCBL2 acts in a Ca2+-dependent manner to recruit GhCIPK6 to the tonoplast. Following this re-localization, GhCIPK6 interacts with and phosphorylates the sugar transporter GhTST2 to promote glucose accumulation in the vacuole (Deng et al., 2020).

The CBL-CIPK module is already acknowledged to be an important regulatory component for both developmental and stress response signalling networks. Here, evidence is presented that this module is involved in controlling sugar accumulation in cotton. Encouragingly, similar results whereby the CBL-CIPK-TST2 pathway affects glucose transport are seen in Arabidopsis (Arabidopsis thaliana) plants heterologously expressing the cotton proteins (Deng et al., 2020), suggesting a degree of conservation in the CBL2-CIPK6-TST2 pathway, and highlighting the potential for application in other plant species. This work highlights the importance of post-translational modification, specifically phosphorylation, in the regulation of sugar transporters. The Ser448 phosphorylation site identified by Deng et al. (2020) has also been documented in relation to TST2 regulation in barley (Hordeum vulgare) (Endler et al., 2009), suggesting a mechanistic conservation of regulation across species. Further investigation is needed to confirm direct phosphorylation of TST2 Ser488 by CIPK6, as well as to fully characterize the mechanism of this regulation and other potential proteins involved.

Sugar content has implications for proper plant development as well as tolerance to biotic and abiotic stresses, and thus manipulation of sugar homeostasis could provide a means for increasing stress tolerance in crop species. This study presents insights into the regulation of glucose accumulation in cotton, and provides a new avenue for further investigation into how regulation of sugar homeostasis can improve crop health, quality, and yield.

How a motor keeps its track from wandering 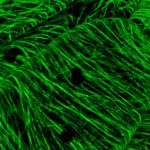 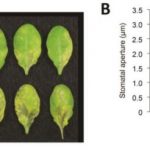