During development, seeds pack away large amounts of storage nutrients in the form of starch, proteins, and lipids (typically triacylglycerides), but the ratios of these storage products vary tremendously between seed types. Because of the obvious agricultural implications, researchers have long sought ways to manipulate the partitioning of resources imported from the maternal plant in order to increase the yield or quality of desired storage products. Metabolic engineering and breeding efforts typically have found that when it comes to storage products you can’t have it all. In oilseeds, storage proteins and lipids accumulate in the same tissues (Borisjuk et al., 2013) and appear to compete for the same carbon resources, resulting in a reciprocal relationship between oil and protein content (Weselake et al., 2009). 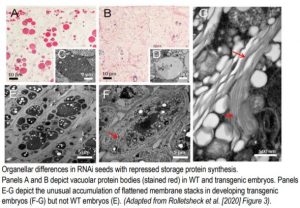 In a new study, Rolletschek et al. (2020) created and characterized Brassica napus RNAi lines with greatly reduced expression and accumulation of cruciferin and napin, the oilseed’s two main storage proteins. This approach aimed to lower production of seed storage proteins and thus redirect more carbon into triacylglycerides, the main agricultural product of B. napus (canola/oilseed rape). However, the resulting transgenic seeds did not conform to the anticipated mold because the decrease in storage protein content accompanied a similar decrease in storage lipid content, leading to seeds with smaller embryos. Furthermore, there were striking differences in subcellular organization of the transgenic embryos. Typically, storage protein accumulates as protein bodies in vacuoles, while lipids accumulate mainly as triacylglycerides packed into cytosolic lipid droplets. As expected, the transgenic embryos contained much smaller protein bodies throughout development, consistent with decreased storage protein expression (Figure). However, the transgenic lines also displayed smaller lipid droplets relative to WT and a conspicuous accumulation of unusual, flattened membrane stacks, resembling ER, that were not present in WT seeds (Figure). As a clue to their origin, these membrane stacks contained high amounts of oleosin, a protein normally associated with lipid droplet formation.

As the nature of the metabolic and structural changes within the transgenic seeds was not obvious, the authors pursued extensive metabolomic, lipidomic, transcriptomic, and proteomic comparisons of WT and transgenic seeds. Metabolite and transcript level data revealed an accumulation of free amino acids and downregulation of sulphur assimilation in the transgenic seeds, consistent with a decrease in storage protein synthesis. Proteomic analysis revealed higher levels of oleosin and several enzymes in the plastidic fatty acid synthesis pathway, both indicative of upregulated lipid production. However, lipidomic analyses revealed that total lipids were lower by 20% in the transgenic seeds, alongside substantial changes in lipid composition including higher levels of phosphatidylcholine and higher degrees of lipid unsaturation overall. These datasets appear partly consistent with initial expectations of downregulated storage protein synthesis and upregulated lipid synthesis; but ultimately the transgenic seeds displayed a puzzling deficiency in triglyceride accumulation.

So why did triacylglycerides not accumulate? The authors note several possibilities including the inverse relationship between oleosin levels and lipid droplet size observed in several seed tissues (Siloto et al., 2006). Higher oleosin content could have acted to increase the surface area to volume ratio of lipid bodies, thus making them smaller, and may likewise have triggered production of the unusual, flattened membrane stacks. The authors hypothesize that such structures, though plentiful in number, maintain a similar total volume compared to lipid droplets in WT embryos and potentially contribute to inefficient triglyceride filling. Future research must determine if optimized oleosin expression can contribute, alongside other mechanisms, to the metabolic engineering of increased triglyceride accumulation in oilseeds. 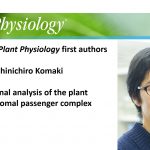 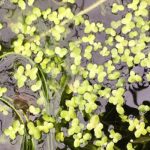