Scientists are sometimes obsessive with their work: this is both a cliché and many times a reality, at least during certain periods of their professional life. The infamous “Publish or perish” saying comes to mind. However, this behavior is most of the time not by choice, nonetheless constantly working is perceive as necessary because of the very competitive environment of academia and science-related professions. Although this reality may hit anyone, this is something especially harsh for women in science.

When I first signed up to participate with this post in the “Self-reflection Series” I was determined to write about my own experiences. However, during the preparation process I realized that my experiences might not be so relatable for others (or they might, who knew back then?) therefore I decided to gathered some other testimonies to get a clear image of how researchers in plant science are balancing their professional and personal life. For that I prepared a very short questionnaire (just 15 questions + comments) and share it thought the social media (thanks Mary Williams and Plantae!), some open mailing lists (thanks IUFRO!) and sent it to some close friends: 51 answers all over the world were gathered, and surprisingly the answers were quite similar. For the whole picture:

– 2/3 of the respondents were female; ages ranged between 24 and 88 years old, with an average of around 45 years. Obviously, their career stage was also very dispersed, from early-stage PhD students to retired emeritus professors.

– A small but lucky 16% does not need feel the need to prioritize one side of their lives over the other. However, a 33% should take a decision on this from time to time, it depends on the family/work needs. The rest, a 51% has the need to prioritize all the time. Which side? Mostly personal over professional. However, both groups show a similar amount of satisfaction/dissatisfaction with their decision.

– Most respondents (63%) do not have any kind of time management system to help them cope with their responsibilities, which was really surprising to me.

– Most people (67%) feel that their cultural background had a least some influence in their decisions.

– The majority of female scientist (81%) responding to the survey think that the fact of being a female has influenced their decisions on how to balance their professional life.

I know this is a small sample and probable does not illustrate the whole Plant Science or STEM community, however it shows some clues on the life situations of part of the community.  I must confess that the results were at the same time surprising and expected. Among the surprising facts were the huge number of female respondents and the really high degrees of dissatisfaction.

Along with the pure numbers, I would like to highlight some of the comments gathered, including complaints, call to actions and life lessons learnt:

To the question “Do you prioritize one over the other? Professional life over personal or otherwise”Please explain.

“I just didn’t learn to prioritize. I think anxiety over the project takes more of my time than even the project itself. I stopped socializing 2 years into the project…to finish the project faster. Here I am, 4 years later…with possible depression and terrible weight gain. Despite six years on my PhD, I still feel rushed, like I’m cramming the project in the last months of writing”.  Female, 33 years.

“It varies depending on where I am at in my research and how I feel things are going. When I feel behind or stressed I prioritize professional life over personal. I’m fortunate to have an advisor who understands the need for his students to have a personal life outside of work” Female, 26 years.

“It depends on the situation. I’ve set aside committed time for family and friends (2 nights at home, 1 night with friends, 1 day off on the weekend). The rest of the time is flexible to do as I need. Nights at home don’t have to be work exclusive either- there have been nights where my husband I read/write on the couch next to each other with snacks”. Female, 24 years.

To the question “What force you take this decision (to prioritize)?”

“The realization that when you are burnt out and socially isolated, you are not a good scientist!” Female, 35 years

“I worked very hard before I had children, and after I had children I had to learn to work very hard but within constrained hours (less goofing off). When I am in my family time I still do some work but only when the family doesn’t need me (I do a lot of work early in the morning on the weekends for example). I have always been ambitious and wanted to be successful, and I enjoy my work, so have always pushed myself to be effective with my work, but at the same time I want to be a good parent and don’t my children to feel that my working ruined their lives.” Female, 54 years.

To the question “Which kind of sacrifices/decisions did you have to make?”

“Be willing to be imperfect and to carry the guilt of not always doing things quickly enough or well enough as I would like” Male, 55 years.

“I have given up most of my personal hobbies and sleep” Female, 37 years.

“Married late for a PhD mentor who did not want his graduates to marry (considered it as a distraction), very late to be a father/ parent with a conscious decision to delay things, could not go back to India to visit parents for 4 years and more owing to job transitions, VISA issues” Male, 36 years

“When my daughter was young, she was in child care while I worked.  I felt my job was quite unique, and if I left it, I would not find something else like it. But I advise people, “Choose the best child care you can possibly afford, and then use it as little as possible” Female, 66 years.

“My wife devoted her life almost entirely to personal / family life for 15 years (3 kids). This was both a personal and a family decision, gladly accepted, but leading to her starting her career at over 40, with less attractive salaries. For me, spending comparatively less time with the family helped with my career but ultimately, I think that family life is currently really incompatible with professional life as it currently works in academia (long work weeks, travel, not sharing work, relatively low pay, high competition, …)” Male, 58 years.

To the question “Do you think your cultural background has influenced your decisions?”:

“Doing what was expected of me according to past situations have determined my life” Female, 35 years.

To the question “Especially for female scientists, do you think your gender has influenced your decisions? How?”:

“I feel discriminated against, and that I have a lesser chance at academia than my male colleagues. So I want to make sure I am fulfilled in my personal life if my professional goals are not satisfied” Female, 35 years.

“Self-bias – As a woman I express my opinions a bit more carefully, I am more aware of what people might think and I am afraid to be judged by someone in a negative light. I think all of those are in some way preventing me to expose myself to the world, get all the comments as feedback and just iterate on them to improve myself” Female, 31 years

“So far I haven’t felt much personally but I have seen examples around me. I feel like women are expected to ‘have it all’, such as finish their experiments, be successful in their career, and have kids and take care of them. Women are also expected to be good role models to other women, another source of stress” Female, 25 years.

“When my children were young, I felt a bit guilty for dedicating some of my “free” time to my own preferences (my scientific career). I do not think that males (of my age) have the same feelings about that. I also hope that young female now feel better than I did in that time.” Female, 52 years.

“We do have staff surveys at work that ask similar questions, but they never really address the issue of children or other dependents, and the effect (or difficulties) they cause to managing ones work-life balance.” Male, 55 years

“It is very hard to maintain the balance. In many occasions you have to sacrifice an important part of the time dedicated to professional or personal activities.” Male, 36 years.

“It is quite a straggle for a woman to find her way in academia and have to raise at the same time a family. She has to be strong in mind, set tangible goals and priorities and follow them till the end no matter what. She might not reach her targets as fast as a man with the same, or even less, capacities will, but she will be there if she believes in herself and her potential. Moreover, as a mother, she will set a very good example for her children.” Female, 55 years

“I am really tired of the “you have to sell your soul to be successful and give up everything else” approach to gradschool. I’ve noticed that most students who take that approach end-up failing or burning out.” Female, 26 years

Besides bringing to the front the circumstances of the plant science and STEM community I want to share some conclusions to take away, both for researchers and institutions.

In the case of researchers, I would suggest the following points in order to achieve in the best way possible a nice balance. I am still mastering this equilibrium, but I think I have already learned some key points:

In the case of institutions, I would suggest the following:

Developing a database for your lab rules and protocols 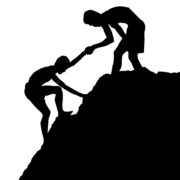 It Takes a Community to Mentor a Scientist

The Transition from Postdoc to PI: Part 5 The Importance of Mentoring 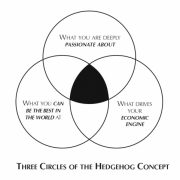 Science Blog: Reflection of Yourself

Self Reflections: A Blog Series