Plants devote more than 70% of their available nitrogen to maintaining chloroplast function (Makino and Osmond, 1991). During senescence or under stress conditions, chloroplasts are degraded and their constituent components are recycled. Chloroplasts can be degraded through at least three pathways: (1) senescence-associated vacuoles, (2) the CHLOROPLAST VESICULATION (CV)-mediated pathway, and (3) the autophagy pathway (Ishida et al., 2014; Xie et al., 2015; Otegui, 2018). During leaf senescence, small acidic vacuoles that contain Cys proteases are formed and chloroplast proteins can be degraded in these senescence-associated vacuoles (Otegui et al., 2005; Heredia-Martínez et al., 2018). Senescence and abiotic stress also induce the formation of CV-containing vesicles, which mediate the transport of chloroplast components to the vacuole for degradation (Wang and Blumwald, 2014).

In this issue of Plant Physiology, Heredia-Martínez et al. give new insight into the function of autophagy in chloroplast degradation. The authors took a chemical biology approach in combination with biochemical lipid profile analysis, cell imaging, and transcriptome analysis to investigate the relationship between chloroplast fatty acid synthesis, chloroplast quality control, and autophagy in Chlamydomonas reinhardtii (Heredia-Martínez et al., 2018). They used cerulenin, a lipid biosynthesis inhibitor that targets β-ketoacyl-acyl carrier protein synthase (Ono et al., 1974; Moche et al., 1999), to transiently inhibit lipid biosynthesis in Chlamydomonas. Indeed, after 8 h of 10 μm cerulenin treatment, the content of monogalactosyldiacylglycerol in Chlamydomonas cells was significantly reduced and lipid droplets did not form under nitrogen stress. These results show that cerulenin efficiently inhibits lipid biosynthesis in Chlamydomonas. At the cellular level, cerulenin treatment caused chloroplasts to shrink and the thylakoid membrane to aggregate, indicating severe changes in chloroplast ultrastructure. Importantly, upon cerulenin treatment, ATG8, one of the essential proteins for the formation of autophagosome during autophagy (Liu and Bassham, 2012), is induced and autophagy is activated. These data show that upon inhibition of lipid synthesis, chloroplasts lose proper ultrastructure and autophagy is activated to remove these chloroplasts, which are probably not functioning properly.

Plants have evolved mechanisms to sustain chloroplast function and to degrade chloroplasts under certain circumstances. Specific small molecule inhibitors are especially useful in understanding these dynamic cellular processes. Heredia-Martínez et al. observed direct effects of inhibition of lipid synthesis on chloroplast structure and autophagy activation, and avoided the downstream effects that could have been caused by a loss-of-function mutant in a lipid synthesis pathway. It is now possible to determine how inhibition of lipid synthesis leads to changes in gene transcription. They also identified many candidate genes that may directly link lipid synthesis deficiency to chloroplast degradation. Their discoveries not only contributed to further research in chloroplast quality control and degradation in algae, but also provided broadly useful data on plastid function and turnover in plants.

Makino A, Osmond B (1991) Effects of nitrogen nutrition on nitrogen partitioning between chloroplasts and mitochondria in pea and wheat. Plant Physiol 96: 355–362 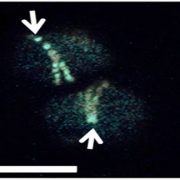 Natural Artist: How a Protein Kinase Helps Sculpt the Pollen Grain Surface From the Inside Out 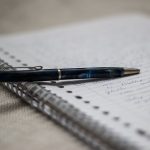 High School Writing Contest “Plants Have the Power to Speak a Great L...
Scroll to top