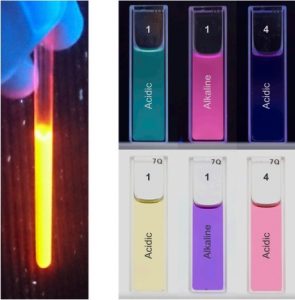 Plants produce pigments as a protective strategy against biotic and abiotic stress. In angiosperms, anthocyanins are the main flavonoids that play a role in this function. As the early-diverging land plant, Marchantia polymorpha also produces red pigments in response to environmental conditions, it was thought that anthocyanin biosynthesis was conserved, despite the pigment accumulated in Marchantia structurally different to anthocyanins. Using RNA-seq analysis over myb14 mutant deficient in auronidn production, Berland et al. identified key enzymes involved in the biosynthesis of these compounds in Marchantia. Knocking down these genes, they found that these particular flavonoids are produced by a different biosynthetic pathway compared to anthocyanins. These compounds also possess different chemical properties and correspond to a novel class of flavonoid, renamed here as Auronidins. This paper questions the evolutionary origin of anthocyanin biosynthesis, placing it later in the divergence of seed plants. At the same time, both embryophyte groups seem to have developed similar systems to protect themselves against stress with flavonoids but using different molecular pathways. This shows how complex and fascinating the evolution of plants could be. Future works will shed more light on the evolution of plant pigments. (Summary by Facundo Romani) PNAS: 10.1073/pnas.1912741116 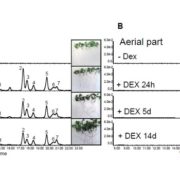 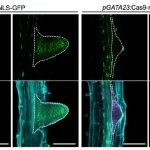 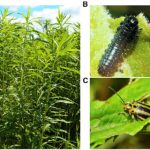