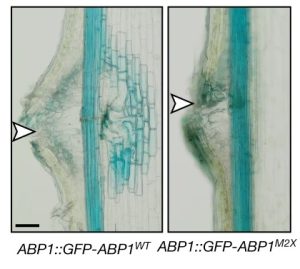 One of the longstanding questions in plant biology concernes how auxin coordinates both gene expression in the nucleus and the so-called fast responses at the cell periphery including proton extrusion and cytoskeletal rearrangements. At this point the nuclear branch is well understood, but the cell periphery responses have proven to be be problematic. Fifty years ago, membrane fractions with strong and specific binding to auxin were identified, with the Auxin Binding Protein (ABP) subsequently purified. Since then, ABP’s role has been contentious, most notably with the finding that the phenoytype of the Arabidopsis abp1 mutant is a consequence of a nearby but unrelated mutation. Happily, ABP1 has had another turn of fortune with the publication by Friml et al. of definitive data showing that ABP1 is indeed an auxin-binding protein that signals some of the fast-auxin responses. The authors show that ABP1 binds to auxin and resides both in the ER (known previously, as it has an ER-targeting KDEL sequence) and within the apoplast. At the cell surface, ABP1 interacts with a membrane-localized protein kinase, TMK1. In the presence of auxin, this complex phosphorylates thousands of proteins including plasma-membrane H+-ATPases and myosin/myosin-binding proteins. Using a series of ABP1 mutants including ones that fail to bind auxin, the authors show that auxin+ABP1 and TMK1 are needed for auxin canalization responses in shoot de novo and wound-induced vasculature formation. However, other non-transcriptional responses including calcium transients and root growth inhibition do not appear to be mediated by ABP1; additionally, notable phenotypic differences between abp1 and tmk1 mutants demonstrate that that more chapters  in the ABP1 story await discovery. (Summary by Mary Williams @PlantTeaching) Nature 10.1038/s41586-022-05187-x 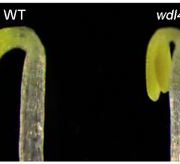 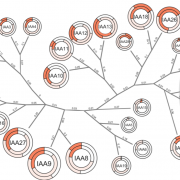 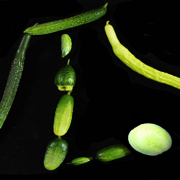 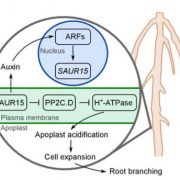 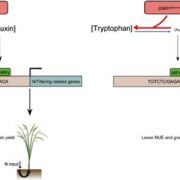 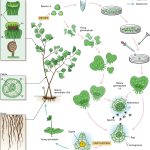 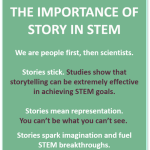 Removing systemic barriers to equity, diversity, and inclusion: Report of a...
Scroll to top