When plants are under attack, they activate defense programs including the biosynthesis of chemical defense compounds. The biosynthesis of these phytochemicals has to occur rapidly and represents a major sink of nutrients and amino acids. How plants optimize the mass production of chemical weapons remains largely unknown.

One efficient way to produce these compounds is to create metabolic highways via protein complexes known as metabolons. The existence of metabolons was first proposed three decades ago, but proving the protein-protein interactions and the structures of these highly dynamic complexes in vivo has been challenging. Metabolons are involved in primary and secondary metabolite pathways such as the Krebs cycle, lignin, and flavonoid pathways (Bassard and Halkier, 2018). Metabolons are also critical for the biosynthesis of the toxic cyanogenic glucoside dhurrin, which can accumulate to high levels in sorghum (Sorghum bicolor) (Laursen et al. 2016).

Metabolons may be particularly efficient for producing inducible defense compounds, as the assembly of sequential enzymes of a pathway into a single protein complex can increase the efficiency of biosynthesis while limiting the release of reactive or lethal intermediates. In such protein complexes, the chemical intermediates may be released only upon disassembly of the metabolon. 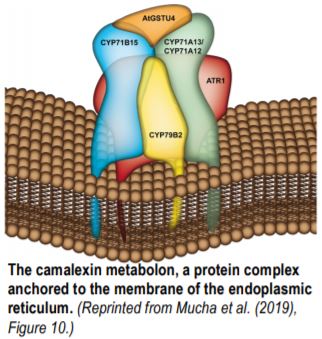 Mucha et al. (2019) studied whether the production of camalexin, a critical defense metabolite in Arabidopsis thaliana, is channeled through a metabolon. The biosynthesis of camalexin from tryptophan requires multiple steps catalyzed by well-known enzymes, but intermediates have mostly been detected in knockout genotypes (Böttcher et al. 2009). In addition, local camalexin concentrations can rapidly increase to high levels in a matter of hours after infection by pathogens (Rowe et al. 2010).

The highly diverse cytochromes P450 (CYPs) are major players in all known plant metabolons. CYPs can form dynamic functional interactions through homo or heteromers that affect the catalytic activities of the interacting enzymes.

Mucha et al. used both CYP71A13 at the beginning of the camalexin pathway and CYP71B15, the final enzyme, as baits for independent untargeted co-immunoprecipitations. With complementary results from FRET-FLIM (Förster resonance energy transfer measurements based on fluorescence lifetime microscopy), the authors showed that the enzymes of the camalexin pathway form a cytosolic protein complex attached to the endoplasmic reticulum (Figure). CYP71B15 physically interacts with CYP79B2, CYP71A12, CYP71A13, and ATR1 (Arabidopsis P450 Reductase 1). GSTU4 (GLUTATHIONE S-TRANSFERASE TAU4) and GGP1 (GAMMA-GLUTAMYL PEPTIDASE1), two soluble proteins, can be recruited to the protein complex as well. CYP71A13 and CYP71B15 form the core of the complex and have the strongest affinity, while other enzymes also active in the indole glucosinolate pathway, such as CYP79B2, are less tightly associated.

The membrane of the endoplasmic reticulum was previously described as a central element of metabolons that restricts diffusion and favors enzyme contacts through membrane reorganization (Laursen et al. 2016). Mucha et al. showed that the physical interactions of CYP71B15 are not random. Potential interactions in addition to the core of the metabolon include CYP71B6, an enzyme also involved in indole-related metabolism and CYP73A5 and CYP98A3, two biosynthetic enzymes from the phenylpropanoid pathways. 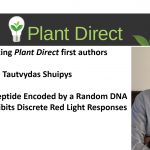 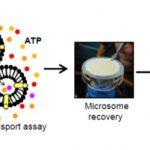