A fundamental tenet of any immune system is the ability to detect the presence of harmful agents and then activate proper defense responses. In plants, the first layer of immunity is governed by transmembrane pattern recognition receptors (PRRs) capable of perceiving slowly evolving microbial-associated molecular patterns (MAMPs), such as bacterial flagellin. Upon ligand–receptor interaction, PRRs initiate a subset of signaling cascades that are ultimately responsible for activating defense against microbial invaders (Jones & Dangl, 2006). Among the cellular components of this downstream layer of immunity, one family of proteins draws attention due to their vast functional diversity, the phospholipase D (PLD). PLDs are key enzymes in membrane dynamics, often hydrolyzing membrane phospholipids to generate signaling molecules such as phosphatidic acid (Li & Wang, 2019). While some PLDs can act as positive or negative regulators of plant immunity (depending on the types of pathogen and specific PDLs involved), others have non-immune-related functions, such as regulation of plant growth or drought response (Zhao, 2015; Li & Wang, 2019). Arabidopsis has 12 PLD genes grouped into 6 subfamilies. Characterization of these PLD genes has allowed scientists to uncover fundamental aspects of a plethora of biological processes, including plant defense responses (Elias et al., 2002). Surprisingly, the function of one of the largest PLD subgroups, PLDg, remains elusive.

In this issue of Plant Physiology, Schlöffel et al., (2020) shed light on this topic by dissecting the role of PLDg genes in plant immunity. They began by evaluating pathogen resistance of Arabidopsis single knockout mutants for three PLDg family members, PLDg1, PLDg2 and PLDg3. Each was challenged with the bacterial pathogen Pseudomonas syringae pv. DC3000, and fungal pathogen Botrytis cinerea. Interestingly, while no differences in pathogen resistance were observed between wild-type (WT) plants and pldg2 and pldg3 mutants, genetic inactivation of PLDg1 resulted in significant reduction in bacterial growth and fungal lesion size in mutant plants. Complementation experiments overexpressing PLDg1 in the pldg1 mutant restored bacterial and fungal susceptibility, confirming that loss of functional PLDg1 results in increased pathogen resistance in pldg1. As resistance towards P. syringae (a biotrophic pathogen) and B. cinerea (a necrotrophic pathogen) usually involves antagonistic signaling cascades (Thaler et al., 2012), it is possible to speculate that PLDg1 acts as a central signaling hub that modulates proper plant immune responses to different types of harmful agents.

To verify whether PLDg1 is involved with the activation of basal immunity, Schlöffel et al. (2020) evaluated pldg1 mutant response to treatment with flg22, a conserved 22 amino acid epitope of bacterial flagellin commonly used to elicit MAMP-triggered immunity in Arabidopsis (Chinchilla et al., 2006). The authors focused on two universal signal transduction components implicated in MAMP-triggered immunity, the activation of mitogen-activated protein kinases (MAPKs) and the production of reactive oxygen species (ROS). While flg22-induced MAPK activation was indistinguishable between pldg1 and WT, genetic inactivation of PLDg1 resulted in a two-fold increase in ROS production. Taken together with the increased pathogen resistance observed in pldg1, the results suggest PLDg1 acts as a negative regulator of plant immunity. Remarkably, Schlöffel et al. (2020) also observed that PLDg1 function is independent of salicylic acid and jasmonic acid, two key signaling hormones in the activation of plant immunity. Furthermore, PLDg1 was also not related to phosphatidic acid production, a common metabolic product of PLD action (Li & Wang, 2019).

Upon MAMP recognition, many plant PRRs engage a specific transmembrane coreceptor to regulate defense signaling, the BRASSINOSTEROID RECEPTOR1-ASSOCIATED KINASE1 (BAK1). In the absence of an immunogenic stimulus, BAK1 is bound to members of the BAK1-INTERACTING RECEPTOR-LIKE KINASES (BIR) family to prevent its inappropriate inactivation. For this reason, BIRs are frequently described as negative regulators of plant immunity (Wan et al., 2019). During the course of their experiments, Schlöffel et al., (2020) observed that many of the pldg1 phenotypes (e.g. elevated bacterial resistance and increased production of ROS upon flg22 treatment) were reminiscent of those observed in the BIR knockout mutant, bir2.  This finding led authors to speculate that that PLDg1 and BIRs may associate to modulate plant response to pathogenic attack. To test this hypothesis, Schlöffel et al., (2020) employed fluorescent fusion tags and confocal microscopy to verify PLDg1 and BIR subcellular localization. In doing so, they were able to detect that PLDg1 and several BIR family members (BIR1, BIR2, BIR3 and BIR4) co-localize to the plasma membrane of epidermal cells. The authors then utilized immunoprecipitation to determine whether PLDg1 may physically interact with BIRs in plant cells. Surprisingly, even though PLDg1 could be co-purified with any of the four BIR proteins studied, PLDg1-BIR2 and PLDg1-BIR4 interactions were enhanced upon flg22 treatment. These results suggest that microbial elicitation can promote the formation of specific PLDg1-BIR complexes, and supports the hypothesis that PLDg1 and BIRs associate to modulate plant immunity.

Plant pathogens are widely recognized as one of the main obstacles to secure agricultural systems (Savary et al., 2019). In an attempt to focus international attention on this critical issue, the Food and Agricultural Organization named 2020 the “International Year of Plant Health”. Thus, efforts to understand the genetic mechanisms regulating plant responses to microbial attack are imperative. Work by Schlöffel et al. (2020) has uncovered a novel role for a Phospholipase D in plant immunity. In their proposed model, PLDg1 and BIRs are proximately localized in the plasma membrane, but usually do not physically interact in a resting state.  Upon elicitation by MAMPs (such as flg22), BIRs dissociate from BAK1 and interact with PLDg1, an event that may be required for BIR stabilization, recycling, or even re-association with BAK1. Furthermore, it is also possible that PLDg1 promotes the formation of protein complexes in the plasma membrane through reorganization of membrane lipids and the cell cytoskeleton, as these functions were already described for other PLD family members (Zhao, 2015). Although future work is needed to elucidate the exact mechanism of PLDg1 function and downstream signaling events activated by PLDg1-BIR complex formation, it is already possible to envision that, in the near future, this interaction could be manipulated as a strategy to develop pathogen-resistant crops. 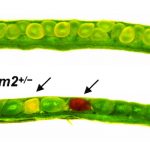 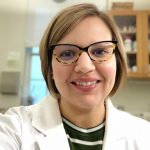