Nitrogen is an essential component of amino acids, nucleic acids, and even chlorophyll. Plants cannot grow without it. However, acquiring nitrogen is difficult as plants cannot use the most common form, atmospheric nitrogen (N2). To solve this, a select group of flowering plants have evolved to harness the power of nitrogen fixing bacteria. These plants form nodules on their roots that contain bacterial symbionts that convert N2 into ammonium that plants use as a nitrogen source so they can grow more efficiently than their competitors.

Plants form two distinct types of nodules, legume type and actinorhizal type. These two types are divided based on shape and tissue structure and are produced by different species. However, how they both evolved is unclear. Phylogenetic studies have suggested that nodulation arose in the last common ancestor of plants with both nodule types (van Velzen et al., 2019), but as their morphology is different it has also been proposed that this common ancestor only exhibited simple bacterial root infection and nodule formation evolved several times independently afterwards (Parniske, 2018). In this issue of The Plant Cell, Shen and colleagues show that development of actinorhizal type and legume type nodules is more similar than previously thought, and that a mutation in a single gene in the legume Medicago truncatula can switch development from legume type to actinorhizal type. This provides evidence that the two nodule types have a common evolutionary origin and suggests that the legume type evolved from the actinorhizal type.

Shen et al. characterize development of actinorhizal nodules in two species, Parasponia and Alnus by analysing sections and quantifying cell division patterns. They show that infected cells are derived from the root cortex, similar to what is observed during legume-type nodule formation. They also show that nodule vasculature is derived from pericycle cells, which contrasts with legume type nodules where the vasculature is derived from the cortex. The pericycle-derived vasculature of actinorhizal nodules is shared with lateral roots, and this close relationship may be why some actinorhizal-type nodules can form roots at their apex.

To understand how differences between actinorhizal and legume type nodules are controlled genetically, the authors analyze the M. truncatula mutant Mtnoot1. Mtnoot1 nodules, like actinorhizal type nodules, occasionally form a root at their tip (Couzigou et al., 2012). M. truncatula usually produces legume type nodules with vascular tissue derived from the cortex, but the authors image Mtnoot1 mutant plants expressing the endodermal marker ProAtCASP1:GUS and show that ProAtCASP1:GUS is expressed in cells surrounding the developing nodule vascular bundle. This suggests that nodule vasculature in the Mtnoot1 mutant is derived from the pericycle, as was observed in actinorhizal type nodules (Fig. 1). Finally, they use in situ hybridisation to show that MtNOOT1 is expressed in the pericycle cells, whereas the NOOT1 homologue from Parasponia, an actinorhizal species, is not expressed in the pericycle.

Taken together these results suggest that MtNOOT1 expression in the pericycle is required to suppress proliferation of pericycle-derived cells in early nodule development and that loss of this expression causes a switch from legume to actinorhizal type morphogenesis. This makes it likely that the underlying developmental pathway is broadly conserved between both nodule types and supports the idea that nodules evolved once and then diversified. The work also highlights the possibility that a small change in expression of key genes such as NOOT1 may underlie the evolution of legume-like nodules from an actinorhizal ancestor. This opens the door to identify exactly what genetic changes control the switch between nodule types. Future work will aim to determine, for example, if the key factor is changes in gene expression or if protein function also has been modified, and if a similar mechanism is at play in other legume species.

Plants increase photosynthesis efficiency by lowering the proton gradient across... 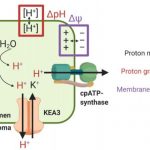 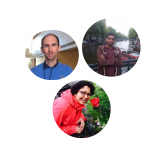 Lockdown Conversations 2.0 – How to tide over the Covid-19 pandemic?
Scroll to top