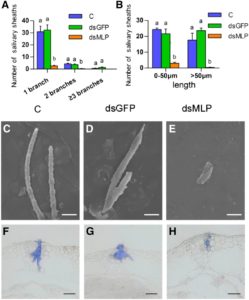 Piercing-sucking insects secrete saliva while feeding through specialized mouth parts called stylets. Saliva plays critical roles in insect digestion and nutrition, and regulates plant defense responses, but the specific metabolites involved have not been characterized. Shangguan et al. reported the identification of a specific protein secreted in the saliva of Nilaparvata lugens, an important rice pest. This protein is a mucin-like protein (NIMLP), highly expressed in salivary glands and secreted to rice while feeding. Expression of this gene was necessary for the formation of salivary sheaths in the insect as demonstrated by silencing, which affected insect development and ultimately reduced salivary sheath formation, feeding, and performance. In addition, in the plant NIMLP induced callose deposition, expression of defense-related genes (by Ca2+ mobilization and MEK2 MAP kinase and jasmonic acid signaling pathways) and induction of cell death. Detailed experiments also showed that the functional portion of NIMLP is located at the C-terminus and that the plant receptor that recognizes NIMLP remains to be identified. (Summary by Maria Julissa Ek-Ramos) Plant Physiol. 10.1104/pp.17.00755 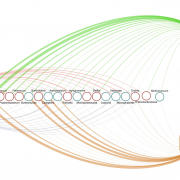 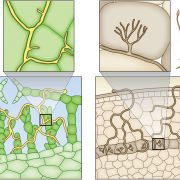 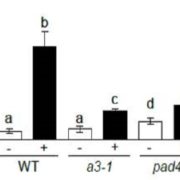