If you close your eyes and think about the most delicious fruit you have ever tasted, it is likely that one specific characteristic will come to mind (and mouth!): its sweetness. Humans have a natural appreciation of plant sugars, and it is no surprise that enhanced sugar content is among the most desired traits by fruit producers. Indeed, we have long been selecting for increased sugar contents in many crops, and sweetness is recognized as one of the main factors driving fruit consumer preferences (Jaeger et al., 1998; Patrick et al., 2012). Fruit sweetness is largely determined by a plant’s capacity to metabolize and translocate soluble sugars (such as glucose, fructose and sucrose) from photosynthetic sources to the fruit. For this reason, numerous studies have focused on uncovering the identity and mode of action of the molecular players involved with sugar allocation in plants (Klee & Tieman, 2018). Surprisingly, little is known about the mechanisms controlling fruit sugar accumulation in pear, one of the most important horticultural crops worldwide. 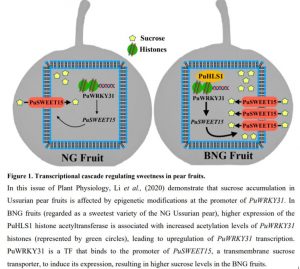 In this issue of Plant Physiology, Li et al., (2020) investigated the basis of sweetness in two varieties of Ussurian pear (Pyrus ussuriensis); Nanguo (NG) and its clonal bud sport variety (BNG). BNG was identified from a NG tree in the 1980s, and it is valued for producing sweeter tasting fruit than NG. Until now, the mechanism underlying this much-sought trait was unknown. To shed light on this topic, Li et al., (2020) compared the total soluble solids of NG and BNG fruits during different stages of development. They observed that one particular carbohydrate accumulated at significantly higher levels in BNG relative to NG fruits – sucrose (colloquially known as table sugar). At the time of commercial harvest, BNG fruits were loaded with as much as three times the amount of sucrose typically found in NG fruits.

To uncover the genetic basis behind the higher sucrose accumulation in the BNG pears, Li et al., (2020) compared the transcriptomes of NG and BNG fruits at the time of commercial harvest. One gene in particular, PuSWEET15, showed a ~11-fold higher expression in BNG fruits compared to NG fruits. PuSWEET15 is a putative member of the Sugars Will Eventually be Exported Transporter (SWEET) family of transmembrane sugar transporters, which are widely studied for their involvement in sucrose allocation in many plant species (Chen et al., 2015). Expression of PuSWEET15 increases during fruit development only in the BNG variety, peaking at the time of commercial harvest. Further genetic analysis demonstrated that PuSWEET15 overexpression culminated in increased sucrose concentrations in NG fruits, whereas its silencing led to reduced levels of the carbohydrate in BNG. Finally, functional characterization of PuSWEET15 indicated that this gene encodes a functional membrane-bound sucrose transporter, whose action is essential for sucrose accumulation in pear fruits.

To address the cause of higher PuSWEET15 expression in the BNG pears, the authors searched the fruit transcriptome for BNG-upregulated transcription factors (TF) that could potentially bind the PuSWEET15 promoter. Their analysis led to the identification of PuWRKY31, a TF gene with increased expression in BNG during fruit development. By utilizing different molecular biology methods, they were able to show that PuWRKY31 was capable of physically interact with the PuSWEET15 promoter to upregulate its expression. Overexpressing PuWRKY31 in NG led to higher expression of PuSWEET15 and, consequently, higher sucrose concentrations in the NG fruit. PuWRKY31 belongs to the WRKY superfamily of transcriptional regulators, which are associated with a plethora of plant physiological programs ranging from pathogen defense to senescence (Rushton et al., 2010). The findings of Li et al. (2020) provide the first direct evidence of WRKY participation in plant sugar transport.

To gain insight into the genetic regulation of PuWRKY31, authors compared the coding sequence, promoter sequence, and methylation levels of the PuWRKY31 promoter in NG and BNG fruits. Since no significant differences were observed, they suspected that the expression patterns of PuWRKY31 was correlated with epigenetic modification on its associated histones. Indeed, by chromatin immunoprecipitation methods, they identified a significantly higher level of acetylation in PuWRKY31-associated histones in BNG fruits. Acetylation is an epigenetic modification frequently associated with actively transcribed genomic regions (Bartova et al., 2008); thus, this finding provides a plausible explanation for why PuWRKY31 in highly expressed in the BNG variety. The cause for such modification in histone acetylation status may be correlated with the activity of PuHLS1, a histone acetyltransferase whose expression was also found to be higher in BNG than NG fruits. Li et al. (2020) were able to demonstrate that PuHLS1 interacts with the coding sequence of PuWRKY31, providing an initial insight into the epigenetic mechanisms regulating PuWRKY31 expression.

Sweetness is possibly the most remarkable sensorial trait of any edible fruit. Thus, it is important that we understand the genetic mechanisms regulating sugar accumulation in fruits, especially those with high horticultural value, such as pears. This work by Li et al., (2020) has uncovered a transcriptional cascade controlling sucrose accumulation in Ussurian pear fruit. Although it remains to be understood why PuHLS1 is highly expressed in BNG fruits, and whether its activity is directly involved with the increased acetylation status of PuWRKY31-associated histones, the authors’ proposed model (Fig. 1) already provides a useful resource that will aid scientists and fruit producers in their search for sweetest pear.

Defense, fast and slow: activation of different MAPK pathways in response to... 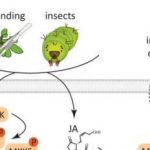 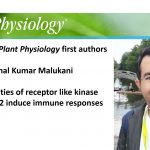