Brief-Bio: During my undergraduate study, I joined Prof. Hong Xu’s Lab at the college of life science, Northwest A&F University. My major focus was to unveil the expression profiles of wheat HSP (Heat shock protein) genes in response to low temperature. Then, I joined Prof. Chanhong Kim’s lab as a PhD candidate at the CAS center for Excellence in Molecular Plant Sciences, Shanghai center for Plant Stress Biology. Here, I started to study the biological function of Sigma factor Binding protein 1 (SIB1). SIB1 is a very interesting stress responsive protein due to its Chloroplast-nucleus duel targeting and binding to the transcription factors. In this project, we found SIB1 acts as a key regulator contributing to the lesion simulating disease 1 (lsd1)-conferred cell death. SA-induced SIB1 alters the expression of both photosynthesis and stress responsive genes in lsd1, which subsequently activates singlet oxygen (1O2)-triggered and EXECUTER 1 (EX1)-dependent retrograde signaling. Our findings showed a pathway from the SA- to the 1O2-signaling pathway, which are connected via the uncoupled expression of PhANGs and PhAPGs, contributing to the lesion-mimicking cell death in lsd1.

Another gun Dismantled: ABSCISIC ACID INSENSITIVE4 Is Not a Target of Retrograde... 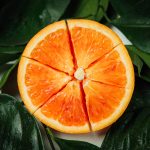 US Students are experiencing food insecurity, so what can we do to help?
Scroll to top