Seed size is a major component of seed yield. Unveiling the control of seed size provides a theoretical foundation for developing new strategies to boost crop production in the context of global food security. How plants determine their seed size is also a fascinating question in developmental biology. In angiosperms, successful seed development requires coordination among the embryo, the endosperm and the seed coat (Orozco-Arroyo et al., 2015). In rice, grain size is restricted by the spikelet hull, which consists of a lemma and a palea (Figure). The growth of the spikelet hull is determined by cell proliferation and cell expansion. Several genes regulating these processes have been identified in rice, although the genetic and molecular relationships among these factors remain largely unknown (Li et al., 2019). 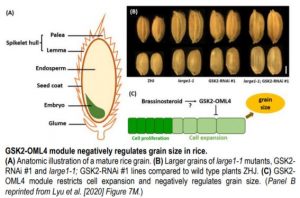 In a new study, Lyu et al. (2020) identified a large1-1 mutant affecting grain size. The grains of large1-1 were longer, wider and heavier than wild-type grains. Closer examination revealed that the epidermal cells of the spikelet hulls were longer and wider in large1-1, whereas the number of cells was similar to normal, indicating that LARGE1 regulates grain size by limiting cell expansion.

Using the MutMap approach, a 4-bp deletion was localized in the large1-1 allele of a gene encoding a Mei2-like protein OML4. The protein encoded by large1-1 lacks the RNA recognition motifs, suggesting that large1-1 is a loss of function allele. Overexpression of OML4 resulted in shorter and lighter grains due to shorter cells in spikelet hulls, further supporting the idea that LARGE1/OML4 produces its effect by limiting cell expansion.

To study further how OML4 regulates grain size, the authors performed yeast two-hybrid assays and identified a SHAGGY-like kinase GSK2 interacting with OML4. GSK2 associated with OML4 in vitro and in vivo, as shown by a pull down assay and co-immunoprecipitation. GSK2 also phosphorylated OML4 in vitro and might regulate the stability of OML4 via phosphorylation. GSK2-RNAi lines with downregulated expression of GSK2 had longer and wider grains compared to normal. The epidermal cells in the spikelet hulls were also longer and wider in GSK2-RNAi lines, similar to large1-1 mutants. Thus, both GSK2 and OML4 restricted cell expansion in rice grains. Further genetic analyses suggest that GSK2 may function in a module with OML4 to control grain size.

This study raised many new questions for future research in grain size control. Many Mei2-like proteins with the conserved RNA recognition motifs have been identified in plants and appear to take on distinctive functions during plant development. Given that expression of several grain size genes and brassinosteroid-related genes was altered in large1-1 mutants and OML4 was primarily localized in nuclei in rice, it would be worthwhile to test whether OML4 can bind to RNAs and functions as a transcriptional factor to regulate grain size. As GSK2 acts as a negative regulator of BR signaling and large1-1 mutants are more sensitive to epi-brassinosteroid, future work is needed to validate the role of GSK2-OML4 module as the link between brassinosteroid signaling and grain development (Figure).

Lockdown Conversations – How to tide over the Covid-19 pandemic? 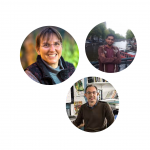 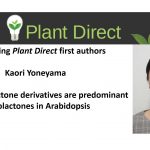