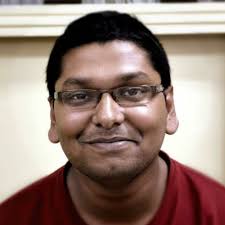 This week’s edition is guest edited by Arif Ashraf, a PhD student at Iwate University, Japan and Graduate Student Ambassador of ASPB. His research interest is understanding the hormonal interplay in primary root development of Arabidopsis thaliana. He blogs about plant science (http://www.aribidopsis.com/). Arif is available in twitter (@aribidopsis) and Google plus (+Arif).

NRT1.1-related NH4+ toxicity is associated with balance between NH4+ uptake and assimilation ($) 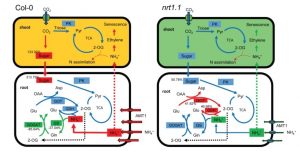 Ammonium (NH4+) is an inorganic nitrogen source that is the preferred source for some plant species (e.g., rice and tea) but can be toxic in high amounts. The nitrate transporter NRT1.1 is involved in mediating the effects of toxic NH4+, as well as functioning in NO3– and auxin transport, NO3– signaling and stomatal movement. But the role of NRT1.1 in mediating NH4+ toxicity is still unclear. Thus, Jian and colleagues used Arabidopsis mutants, genetic analyses and enzyme analyses to elucidate the role of NRT1.1 in NH4+ mediation. Under (NH4)2SO4 stress, NRT1.1 induced the expression of various NH4+-related transporters and NH4+ assimilation genes. High (NH4)2SO4 caused wild-type plants to grow poorly compared to the NRT1.1 mutants. For wild-type Arabidopsis, treatment with (NH4)2SO4 induced toxicity responses, such as ethylene synthesis and senescence. Under (NH4)2SO4 stress, the NRT1.1 mutants showed a reduction in NH4+ accumulation and an enhancement in NH4+ assimilation. This paper describes that NH4+ toxicity is related to a nitrate-independent signaling function of NRT1.1, resulting in altered NH4+ accumulation and metabolism. (Summary by Julia Miller) Plant Physiol. 10.1104/pp.18.00410 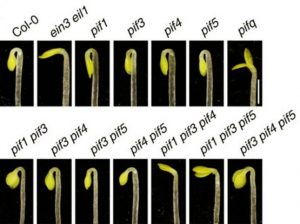 The apical hook helps to protect the fragile cotyledons and shoot apical meristem while pushing through the soil, and hook angle determines the success of emergence from soil. Multiple hormones and light signals have contrasting roles in the regulation of hook formation; e.g., auxin, ethylene and gibberellic acid (GA) act as positive regulators whilst jasmonic acid (JA) and light control negatively. HOOKLESS1 (HLS1), encoding a putative N-acetyltransferase, is one of the essential factors for hook formation. Its transcription is regulated by two major transcription factors of ethylene signaling, EIN3 and EIL1. In this study by Zhang et al., Hongwei Guo and his team showed that along with EIN3/EIL1, PIFs also independently activate HLS1 transcription. They demonstrated that the quadruple pifq mutant (pif1 pif3 pif4 pif5) is almost hookless with two open cotyledons. Furthermore, pifq ein3 eil1 sextuple mutants have a completely hookless phenotype and minimal HLS1 transcription. In addition, JA-mediated negative regulation of hook formation exploits MYB2, which interacts with EIN3/EIL1 and PIF4 to repress their activities. This work provides an integrated developmental mechanism for hook formation based on hormonal and light signaling pathways. (Summary by Arif Ashraf) Plant Cell: 10.1105/tpc.18.00018

A separated vortex ring underlies the flight of the dandelion ($) 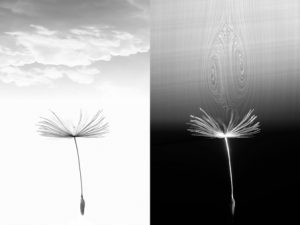 Dandelions, perennial herbs from temperate zones, have the capacity to spread their seeds through wind for distances as far as 1 km. Ignazio Maria Viola and Naomi Nakayama with their team endeavored to understand this passive flight mechanism. They analyzed the flight mechanism of the dandelion by characterizing the fluid dynamics of the pappus (thread-like modified calyx) to identify the key features responsible for stable flight. During flight, a stable air bubble is formed that is not attached to the body, called the Separated Vortex Ring (SVR). The authors found that the structure of the pappus stabilizes the SVR. They hypothesized that the circular disk-like geometry and the porosity of the pappus are key features in SVR formation. By deciphering the flight mechanism of the dandelion, they presented a novel type of fluid behavior around fluid-immersed bodies. (Summary by Arif Ashraf) Nature: 10.1038/s41586-018-0604-2   Nature Video: The secret physics of dandelion seeds 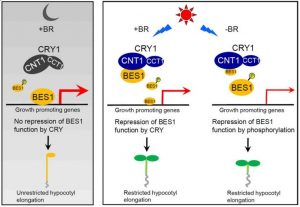 Plants perceive blue light through cryptochrome (CRY) photoreceptors that are responsible for photomorphogenesis, flowering, and circadian rhythms. At the same time, brassinosteroid (BR) represses photomorphogenesis. In this article, Wang et al. demonstrated CRY1-mediated inhibition of BR signaling as a potential mechanism. In dark conditions, inactivated CRY1 does not interact with dephosphorylated BES1 (BRI1-EMS SUPPRESSOR1), a transcription factor invovled in the BR signaling pathway. In the presence of light, activated CRY1 interacts with dephosphorylated BES1 through its N terminal end (CNT1) and inhibits the DNA binding capacity of BES1. In the presence of BR, BES1 is mostly in the dephosphorylated form that CRY1 does not interact with. Altogether this study suggests that CRY1-BES1 interaction inhibits the DNA binding ability of BES1 and consequently represses downstream gene expression, revealing a balance between external light and internal BR signals for plant photomorphogenesis. (Summary by Arif Ashraf) Plant Cell 10.1105/tpc.17.00994

Dawn and photoperiod sensing by phytochrome A ($) 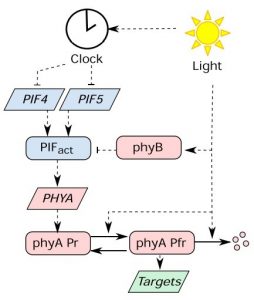 Plants perceive the change of seasons based on measuring the duration of daylight. Flowering is a major seasonal response that depends on photoperiod. In this study, Seaton et al. looked at the role of phytochrome A (phyA) in photoperiod sensing. PHYA is the direct target of PIF4 and PIF5 transcription factors. PHYA transcript abundance is observed at night in short photoperiods, such as during the winter season. At dawn, phyA is activated and induces hundreds of downstream genes including genes in the anthocyanin biosynthesis pathway. Taken together, this work characterizes phyA as a sensor of dawn and short photoperiods. (Summary by Arif Ashraf)  PNAS: 10.1073/pnas.1803398115

Manipulation and sensing of auxin metabolism, transport and signaling ($) 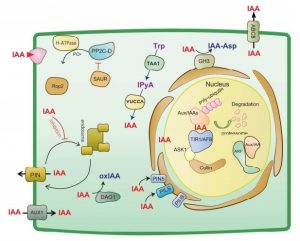 Auxin is involved in a diverse array of developmental processes as well as biotic and abiotic stress responses. The chemical–genetic approach is a powerful tool to decipher the auxin signaling pathway. In this review, Fukui and Hayashi have provided a comprehensive overview about the structure, molecular targets, comparative activity and application of small molecules used in the auxin biology field. (Summary by Arif Ashraf)  Plant Cell Physiol. 10.1093/pcp/pcy076

Manipulation and sensing of auxin metabolism, transport and signaling ($) (Plant...
Scroll to top