Background: DNA bases can be oxidized by reactive oxygen species (ROS), and because they are constantly producing ROS, plants and their seeds often accumulate oxidized DNA bases. Oxidized DNA bases can be repaired by the base excision repair (BER) pathway. In BER, bifunctional DNA glycosylases recognize and remove the oxidized base, and then cut the DNA backbone to generate 3′-blocked single-strand DNA breaks as repair intermediates. The 3′-blocked single-strand DNA breaks, which are more toxic than oxidized bases, can be repaired efficiently by downstream enzymes. If unrepaired, the accumulation of 3′-blocked DNA breaks can activate the DNA damage response, a defence mechanism that cells use to sense, signal and repair DNA lesions.

Questions: In plants, what are the physiological consequences of accumulated 3′-blocked DNA breaks and can we identify the signalling pathways responding to them?

Findings: We created an Arabidopsis plant model in which enzymes that repair DNA 3’-blocks are mutated and the BER pathway is blocked. Using this model, we found that the accumulation of 3′-blocked DNA breaks causes multiple development defects, including leaf cell endoreplication and cell death in root apical meristem. We further found that the ATR-SOG1 signalling module is activated in the plant response to the accumulation of 3′-blocked DNA breaks, leading to the development defects. Interestingly, SOG1 is required for cells in the embryonic root meristem, which accumulate 3′-blocked DNA breaks, to be capable of division. Our results shed light on the developmental importance of SOG1-mediated DNA damage response in protecting robust radicle emergence and development when seeds accumulate excess DNA damage during storage in nature.

Next steps: We are working on finding new components that function in the plant response to the accumulation of 3′-blocked DNA breaks. We are also working on uncovering new biological features of the DNA damage response, such as a possible role of DNA damage response in the maintenance of plant epigenome stability. 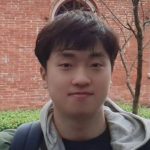 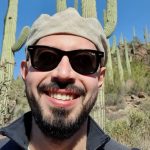