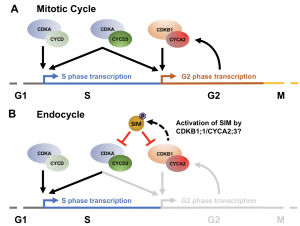 Endoreplication is a process in which DNA doubles without cell division. Trichomes (epidermal hairs) serve as a good system in which to study endoreplication. Cyclin (CYC) and cyclin dependent kinases (CDK) promote cell division and inhibit endoreplication. In plant trichomes, two CDK/CYC complexes, CDKA;1/CYCD3 and CDKB1/CYCA2, promote cell division. CDK inhibitors inactivate CDK/CYC complexes to promote endoreplication. In plants, SIAMESE (SIM) and its related proteins (SMR) act as CDK inhibitors. However, it is not known which of the two above-mentioned CDKs/CYCs are the targets of SIM in vivo. In this paper, Wang et al. identified that SIM acts through both CDKA;1 and CDKB1 using genetic interaction and protein-protein interaction studies. In addition, the authors identified that SIM interacts with CYCA2 but not CYCD3. Thus, this paper corroborates some of the in vitro evidence that SIM acts through both CDKA;1/CYCD3 and CDKB1/CYCA2 complexes to regulate endoreplication in vivo in Arabidopsis trichomes. Summary by (Vijaya Batthula, @Vijaya_Batthula). Plant Physiol. 10.1104/pp.20.00271

Antagonistic regulation of the gibberellic acid response during stem growth... 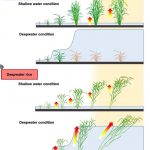 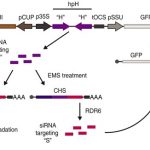 The key role of terminators on the expression and post-transcriptional gene...
Scroll to top