Professor, University of Southern California and Director of Convergent Biosciences 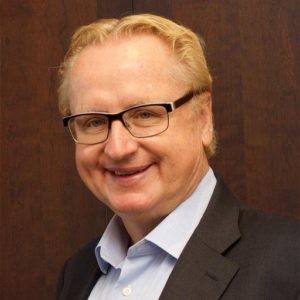 It is certainly my great pleasure to introduce Steve Kay, holder of the Anna H. Bing Dean’s Chair and professor of biological sciences, leader, educator, and innovator. He is a member of the National Academy of Sciences  and a fellow of the American Association for the Advancement of Science. This interview provides us not only with the story of his expansive career, but also shows how his career influenced research and education. Steve is a renowned expert on circadian rhythms. He spent two decades identifying the photoreceptors, genes, and complex networks that make these internal clocks tick. He transformed the field of molecular biology. His famous tricks include the blinking mustard plants and glowing fruit flies to explore the molecular genetic basis of circadian clocks in plants, flies, and mammals. His mantra as the 21st dean of USC Dornsife—educate, enrich, and empower—sums it all up.

What influences directed you to your specific area of research? Who influenced your scientific thinking early in your career, and how?

I became interested in biology early in my childhood. It all began on the small island of Jersey, off the coast of Normandy. Many of my family members were fishermen, and I spent a lot of time on commercial boats. The oddities of marine life, coupled with teachers and my first microscope, predestined my career direction.

Certainly my supervisors pushed me to “think big.” Trevor Griffiths, who was my PhD supervisor, introduced me to the world of plants. It was during my doctoral studies that I discovered that light regulated the expression of the gene that produced the enzyme for chlorophyll synthesis. These were the beginnings of the day/night cycle observations that set the scene. It was Trevor who advised me to pursue my research in the United States. That is when I started a postdoctoral fellowship at a lab of Nam-Hai Chua, who focused on light-dependent gene expression in plants. He certainly taught me how to approach more than one thing at a time. These were incredibly exciting times when we worked on the first vectors for transgenic plants.

What scientific breakthrough influenced your research directions, and why/how?

My “eureka” moment was definitely during my postdoctoral studies. Light signals change in gene expression patterns. I am thinking here particularly of chlorophyll a/b binding CAB gene. That is when we conducted the experiments around the clock. The discovery essentially showed how the circadian clock regulated CAB. It was 1985, and that was the first direct evidence for the role of circadian rhythm exerting its effect at a molecular level. That was astonishing.

What was the most difficult stage in your career?

I had several “science is really hard . . .” long periods of failure intermitted by splices of success. I can say here that cloning of the TOC1 gene took us quite some time—five years (published in Science in 1995). Of course, that was back in the day. It took many more years to elucidate what the gene does.

I think it varies a lot by region. It seems more difficult to convince policy makers that funding research to gain knowledge in reference species is still valid and crucial. Overall, less than 1% of general funding goes to plant science versus around 30% in China and 20% Europe. That is entirely different from what it was and is supposed to be. I would like to highlight this and call for appreciation of the critical role of robust funding for the basic sciences, which, if provided, will lay the foundation for improvements in health, agriculture, and the environment.

I would advise students to be concerned wide and go deep.

As an employer, what are the five key qualities you look for in a potential team member?

I look for passion, effort, intellectual capability, discipline, and horsepower.

“The challenge for biologists is to become comfortable with mathematical tools.” Could you elaborate?

Of course. Beautiful examples of what can be done specifically in our domain come from Andrew Millar.  Nowadays it is instrumental for biologists to become comfortable with mathematical tools. At the same time, we have to be comfortable with biology becoming a predictive science. Great emphasis should be placed on bottom-up approaches and painstakingly crafted models. Top-down approaches with the present capabilities should clearly be incorporated, but it is not one instead of the other. It seems the present mission of systems biology will be the fusion of both.

“I’ve watched agog as the word MOOC has proliferated and spiraled into the higher education buzzword of the year.” Speaking of the new wave of educators, what is your stand on the evolution of Coursera?

It is fantastic, yet it will never be a replacement. As useful as it can be, it is superficial at the same moment. I have a direct example coming from John Hogenesch, who runs one of these classes (https://www.coursera.org/course/genomescience). The numbers were astonishing (10,000 people enrolled, 4,400 participated, 822 took the exam) compared to the numbers that come to class, which range in the 20s. Yet looking at the numbers, it seems these are professionals who participate. The opportunity is indescribable, and after all, who hasn’t used Kahn Academy? It seems like the optimal refreshment.

With genomics monopolizing attention, what do you think is the next buzz domain that will take over in the years to come?

I think high-throughput sequencing in all shapes and sizes, together with posttranslational studies, will keep us busy in the upcoming years.

“Reductionism, as a paradigm, is expired, and complexity, as a field, is tired. Data-based mathematical models of complex systems are offering a fresh perspective, rapidly developing into a new discipline:  network science.” What can network science do for plant biology in reality?

That is the way to go, and I am all for these studies—as long as they complement previous research. Moreover, there is true potential in the study of the dynamics of biological systems, such as that done by Trey Ideker. This, coupled with the wealth of highthroughout data, is truly exciting.

Who should and will fund future molecular biology research, and what is the interaction between government funding/private and commercial/charitable donations?

That truly varies based on region and project, so it is difficult to elaborate.

Once speaking of the present stand on sequencing, you made a comment: “It’s comparable to

Darwin’s theory of evolution.” Do you agree now?

Certainly, it is a massive revelation. Nevertheless, it is complementary. It is the variation beyond nucleotide that constitutes lots of the present conundrums that one has to focus on.

On a light note, what is your favorite book?

Do Androids Dream of Electric Sheep? by Philip K. Dick.