Background: Photosynthesis is the vital process that uses the energy of sunlight to produce most of the biomass on Earth. Photosystem II (PSII) and photosystem I (PSI) are membrane-embedded complexes of pigments and proteins that act in tandem to convert solar energy to chemical energy in cyanobacteria and chloroplasts. PSII splits water to release oxygen, protons and electrons, while PSI drives the formation of the high-energy electrons needed to turn carbon dioxide into sugars. Formation of both complexes is dependent on the assistance of many helper proteins. One of them is rubredoxin A (RubA), a protein with a likely role in transporting electrons within the cell. RubA is thought to be involved in forming both PSI and PSII, but its precise role is unknown.

Question: The aim of our work was to clarify the role of RubA in assembly of PSI and PSII.

Findings: By studying mutants created in the cyanobacterium Synechocystis PCC 6803, we showed that RubA is required at an early stage in PSII building. RubA promotes the formation of a heterodimeric complex consisting of two similar proteins termed D1 and D2. The D1/D2 complex lies at the heart of PSII and its formation is a key stage in making PSII. We showed that RubA binds to D1 and that the redox-active center in RubA is located on the cytoplasmic surface of PSII. Our data suggest that RubA may keep PSII co-factors in a proper redox state during assembly to prevent photodamage. RubA is also important for the accumulation of PSI, but this is an indirect effect due to the downregulation of chlorophyll biosynthesis induced by PSII deficiency.

Next steps: We plan to test whether RubA is involved in the insertion of co-factors into PSII during assembly and whether it can act as an alternative route by which electrons are removed safely from PSII.

Taproot S4E2: The GRExit and how we choose who goes to grad school 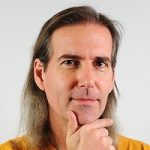 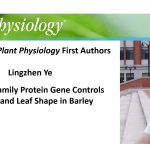