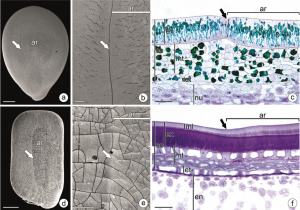 The pleurogram is a depression on both sides of the seeds of some Fabaceae species. Surprisingly, although it is recognized as a specialized structure, little is known about its anatomical features or biological role. In this review, Rodrigues-Junior et al. synthesize the current knowledge about the structure and function of the pleurogram. The pleurogram is present in at least 31 genera of Fabaceae, either as a single large depression covering most of the seeds’ surface or multiple tiny ones scattered over it. Moreover, they can arise either from a mechanic rupture of the testa’s palisade layer or a difference in this tissue’s cells’ height. Classical studies suggested that the pleurogram acts as a hygroscopic valve, meaning it opens and closes in response to environmental humidity. However, the authors note that the structure becomes fully closed when the seed reaches maturity and dormancy, and only opens again when dormancy-breaking conditions are met so that seeds can imbibe and germinate. Furthermore, some species possess a non-functional pleurogram, casting questions about the biological implications of gain/loss of its function. This review should spur efforts to increase understanding of this seed feature. (Summary by Carlos A. Ordóñez-Parra @caordonezparra) Ann. Bot. 10.1093/aob/mcaa161 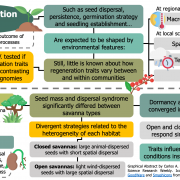 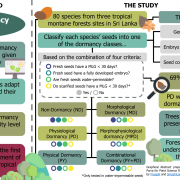 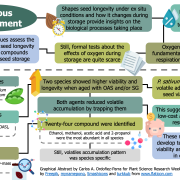 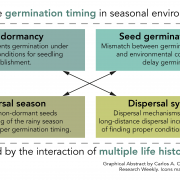 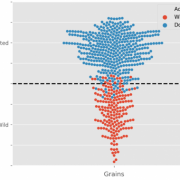 Opinion. We have been in lockdown, but deforestation has not (Proc. Natl. Acad.... 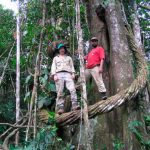 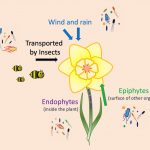