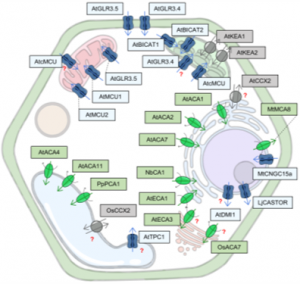 Calcium ions (Ca2+) occupy a primary position in plant cell signaling processes by virtue of their role as the so-called second messengers. Ca2+ signaling underlies plant response to various abiotic, biotic and developmental cues. Whilst this Ca2+ signaling was thought to predominantly occur in the cytoplasm, recent studies have established its occurrence in many other cell organelles. Here, Resentini and colleagues reviewed the importance of organellar Ca2+ signaling in a host of cellular signaling processes. The authors dissected genetic evidence of proteins involved in the generation and transduction of Ca2+ signals in various organelles and their contribution in shaping plant responses to abiotic, biotic and developmental stimuli. Importantly, the authors differentiated Ca2+ signals generated in an organelle from an organelle acting as a source or sink for cytosolic Ca2+ signaling, highlighting the complexity underlying cellular Ca2+ signaling events. In addition to underscoring the importance of organellar Ca2+ signaling, this update points to open questions about Ca2+ signaling and sets the stage for future studies to probe the synergistic action of cytosolic and organellar Ca2+ signaling in shaping plant responses. Note: This update is dedicated to the memory of Prof. Hillel Fromm (Tel Aviv University, Israel) whose contribution to the field of Ca2+ signaling will always be remembered. (Summary by Pavithran Narayanan @pavi_narayanan) Plant Physiol. 10.1093/plphys/kiab189 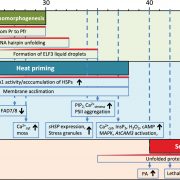 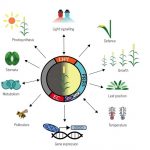 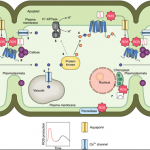