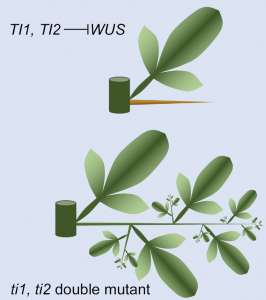 Thorns are modified axillary shoots with a sharp tip that helps in deterring herbivores and are found among several families of angiosperms. Thorns develop from their meristem-like tip to their base, but unlike branches they are determinate organs. The mechanism of their terminal differentiation into a sharp structure is not known. In this paper, Zhang et al. identified the role of two genes in citrus thorn development that are orthologs of Arabidopsis class II TCP genes. Using transcriptomic analysis to compare between citrus species with and without thorns, the authors identified THORN INDUCED1 (TI1) as being highly expressed in thorn primordia in species with thorns, and also identified another closely related gene TI2 with a similar expression pattern. Using CRISPR and RNAi methods, the authors generated mutants of TI1 and 2 which developed shoot branches instead of thorns, making plants bushier. Gene expression analysis showed that TI1 represses CsWUS by binding to its upstream region. Thus, this paper advances our understanding of thorn formation and opens the door to the modification of TI1 and 2 for improved agronomical purposes. Summary by (Vijaya Batthula, @Vijaya_Batthula) Curr. Bio 10.1016/j.cub.2020.05.068. 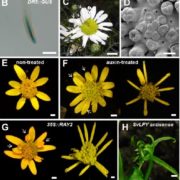 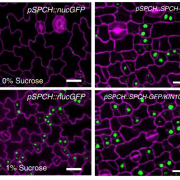 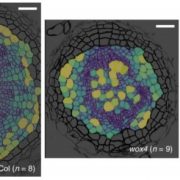 Genes of the RAV family control heading date and carpel development in rice... 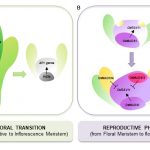 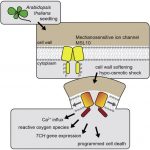