Current Position: Researcher at the Institute of Natural Resources and Agrobiology of Seville (IRNAS, CSIC)

Brief bio: Jorge Rencoret started his scientific career at the Institute of Natural Resources and Agrobiology of Seville (IRNAS-CSIC) where he carried out his PhD Thesis (2005-2008). During this period, his research was aimed at the characterization of lipids and lignins of different agricultural and forest crops, and at the study of the biodegradation mechanisms of these plant components by fungal enzymes. After completing his PhD, he joined Prof. John Ralph’s research group (UW-Madison, USA), internationally recognized expert in plant lignins, as Post-doc (2009-2011). During this stay, his research was aimed at the study of transgenic plants with a modified lignin content and/or composition, a promising strategy to improve the industrial processing of lignocellulosic biomass. By the end of 2011, he re-joined the IRNAS-CSIC where he was recently appointed as Tenured Scientist. Throughout his research career, he has actively cooperated with Ralph’s group and other relevant research groups around the world, including leader companies in the Forest, Pulp and Paper, Biofuel and Biotechnological sectors.

Review: Exchanges at the plant-oomycete interface that influence disease (Plant... 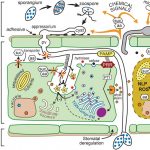 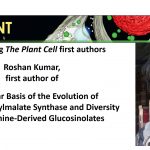