Laura Arribas-Hernández, first author of Occurrence and functions of m6A and other covalent modifications in plant mRNA

Education: PhD in Biochemistry at the University of Copenhagen (2015), BS and MS in Biology at Universidad Complutense de Madrid (2011), BS in Telecommunication Engineering at Universidad Politécnica de Madrid

Non-scientific Interests: I enjoy being in nature, hiking and taking photographs.

Brief bio: Despite my early interest in biology, I was advised against pursuing a scientific career due to the high unemployment rate in my home country. As the practical person I am, I first studied Sound and Video Engineering and worked for the Royal Opera Theater and the public Spanish Television Channel (TVE) in Madrid. Not forgetting my vocation though, in 2003 I went back to university to study Biology as a hobby while working on video post-production at TVE, where I had a permanent position. Unlike engineering, understanding life changed me and my way of seeing the world. After a short Erasmus exchange in 2010 to study plant immunity with the group of John Mundy, I decided to quit my job in Madrid to start a PhD in the newly formed group of Peter Brodersen in Copenhagen. Most of my work since then­ has focused on mechanistic aspects of small RNA biology using Arabidopsis as a model organism. However, in 2013 we started a side project on other aspects of post-transcriptional regulation, e.g. via chemical modifications of RNA. Unlike miRNAs, for which the basic discoveries were made some years before I arrived to the field, in 2013 there was every­thing to discover about the regulatory roles of RNA modifications, and still there is to a great extent. Participating in the initial effort to understand how that happens is extremely exciting and gratifying for me.

The heat is on: maize pollen development after a heat wave 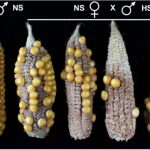 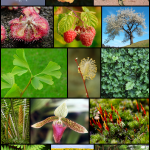