The speed at which photosynthesis is induced during shade-sun transitions, such as sun-flecks, contributes towards determining crop yield.  The speed of induction can be limited by the dynamics of stomatal and mesophyll conductance, deactivation rates of photoprotective mechanisms, the acclimation rate of photosynthesis, and the activity of Rubisco activase.  Salter et al screened 58 genotypes of field-grown wheat to determine the natural variation in photosynthetic induction.  A vs. ci curves revealed that induction of Rubisco carboxylation capacity (Vcmax) lagged behind induction of photosynthetic electron transport (J), indicating that Vcmax is always limiting photosynthesis during shade-sun transitions in the field.  There was also large inter-genotype variation in the time taken for the maximum assimilation rate (Amax) to increase through its dynamic range.  Simulations were performed indicating that ‘slow induction’ genotypes assimilated approximately 3-4% less carbon each day than ‘fast induction’ genotypes, representing a significant shortfall over an entire growing season.  The implications for breeding strategies to improve photosynthetic induction rate were also discussed.  (Summary by Mike Page) bioRxiv 10.1101/435834 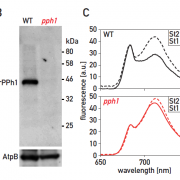 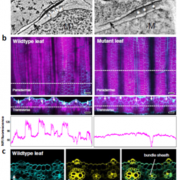 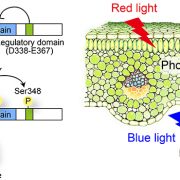