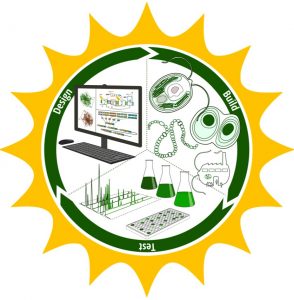 Photosynthetic microbes are emerging models for synthetic biology applications since they possess relatively simple physiology and cellular organization, fast growth in liquid culture, and facile genetic manipulation. In this paper, Vavitsas et al. review current synthetic biology tools and applications applied to cyanobacteria and algae. Cyanobacteria, such as Synechocystis, Synechococcus or Nostoc, offer excellent features to be used as cell factories for industrial biochemical production. They have high metabolic flexibility, fast growth and a rapid acclimation to environmental fluctuation. Eukaryotic systems are another alternative; algae such as Chlamydomonas reinhardtii and Phaeodactylum tricornutum now have information at the system-level for proteomics, transcriptomics, and genomics, which in combination with fast growth and easy culture at large scale make them very attractive for metabolic engineering applications. Currently available genetic parts (promoters, terminators, reporter genes), vectors and genome editing tools are listed, and current challenges and future directions are also discussed. (Summary by Humberto Herrera-Ubaldo). Plant Physiol. 10.1104/pp.19.00345 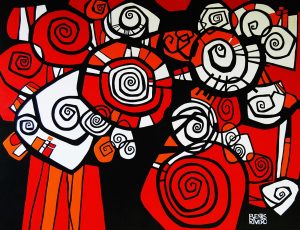 Don’t miss this opinion article by Taiz et al, which tries to close the door on the eternal question of how to describe and label the ability of plants to perceive and respond to their environment. Are plants intelligent? Can they learn? Do they have consciousness? The article draws on recent studies of animal neuroscience and brain structures to try to define the minimum standard for consciousness. The authors also review and deconstruct recent studies that have been interpreted to suggest that plants experience pain and are capable of associative learning, and they critique the trend to anthropomorphize plants. Given the popularity of such views, and the opportunity they provide for discussion, this is an intriguing paper to share with students.  (Summary by Mary Williams, image from Wikimedia Commons). Trends Plant Sci. 10.1016/j.tplants.2019.05.008 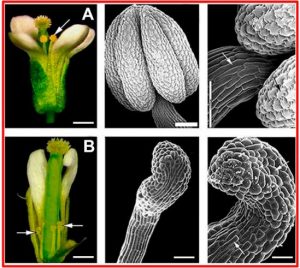 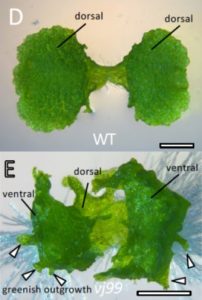 Land plants evolved from freshwater streptophytic algae over 450 million years ago and have since separated into morphologically diverse lineages. A key feature in the transition from aquatic to terrestrial life was the development of 3D body plans with lateral organs. In a new preprint, Naramoto and colleagues describe the identification of an evolutionarily conserved ALOG (Arabidopsis LSH1 and Oryza G1) family protein that regulates meristem identity and lateral organ development in an early-divergent model system. Forward genetic screening in the thalloid liverwort Marchantia polymorpha identified mutants of the ALOG gene MpTAWAWA (Mptaw) that develop numerous outgrowths from the margins of thalli relative to wild-type plants. These outgrowths resemble ventral scales that normally appear on the underside of liverworts and help anchor the plant body to the substrate. Intriguingly, Mptaw mutant thalli lack ventral scales. Furthermore, in Mptaw apical meristems show a dispersed notch-like area relative to wild-type. An apical meristem-associated marker gene expression (YUC2A::GUS) revealed that this dispersed notch-like area is indeed meristem-like in identity and is likely caused by a lack of cell division that would normally separate bifurcating meristems. In Oryza sativa (rice), the ALOG protein G1 is involved in the development of sterile lemmas (a small leaf-like lateral organ present on the rice spikelet) such that g1 mutants display abnormally enlarged lemmas. Excitingly, the ectopic expression of MpTAW in g1 mutants rescued this lateral organ defect, demonstrating functional conservation in ALOG function between these two phylogenetically-distant plant lineages. Collectively, this work underscores the power of such macroevolutionary evo-devo analyses and identifies ALOG transcription factors as critical regulators of lateral organ development in plants. (Summary by Phil Carella) bioRxiv 10.1101/689109 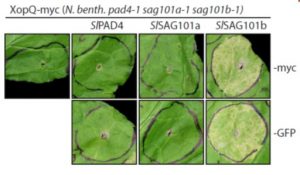 Evolution of cold acclimation in the temperate grass subfamily Pooideae 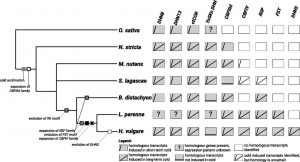 In the grass family (Poaceae), the subfamily Pooideae, which includes economically important species like wheat, barley and forage grasses like ryegrass, dominates cold temperate habitats, although the ancestors of this group probably were adapted to tropical climates. Schubert et al. investigated the evolution to cold acclimation in the Pooideae subfamily. A cold acclimation followed by freezing treatment was applied to nine species representing the major clades in the Pooideae subfamily. All acclimated plants had a higher regrowth capacity after freezing compared to non-acclimated ones. Transcriptomic analysis in five species was performed before and after cold treatment and high confidence ortholog groups (HCOGs) were assembled. Sixteen genes that shared the same cold response in the same direction in the five species were identified. Further phylogenetic analysis of cold acclimation related genes showed that some of these genes evolved early while some others were conserved such as dehydrin 8 and 13. (Summary by Cecilia Vasquez-Robinet) Plant Phys. 10.1104/pp.18.01448 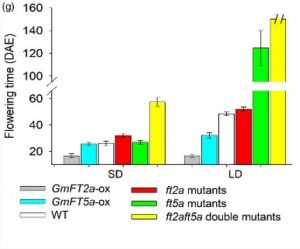 Scientists are often asked to engage in public discourse as a way to counteract science denialism, but it’s not always clear if their efforts can change minds. A new study by Schmid and Betsch suggests that efforts to rebut are worthwhile. They showed subjects videos with climate denial messages about climate change and vaccines, and in some cases followed these with rebuttal videos in which misinformation was corrected or the rhetorical methods of the denialists were challenged. In most cases, rebutting science denialism had a positive impact in the attitudes of the subjects. The authors advocate that scientists should be trained in strategies to rebut topical misinformation and reveal misleading rhetoric. (Summary by Mary Williams) Nature Human Behaviour 10.1038/s41562-019-0632-4 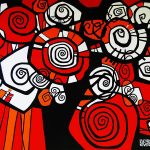 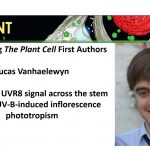